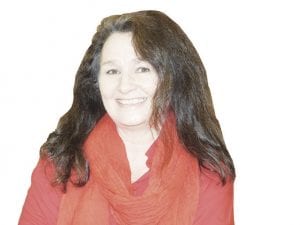 Visiting Angels, a Philadelphiabased home health care agency, recently commissioned a national study to determine the top petpeeves of young adults whose grandparents are on Facebook.

The research team surveyed 500 grandchildren age 18 to 34, and found that the majority – 89 percent – enjoy having their grandparents on Facebook.

However, about one-third of the respondents sometimes want to unfriend their grandparents, and 54 percent say they wish someone would show grandparents how and when to use Facebook.

The number one complaint was that grandma and grandpa share too much information about family matters. No surprise there. I might add, however, that that’s true across generations.

Second, grandchildren don’t like it when their grandparents “get too political or go holy roller.” Fair enough, but also not specific to grandparents.

“Treading on personal turf” came in at #3 on the No-No list. That means don’t friend-request the grandkids’ friends, don’t post personal comments on the grandkids’ timelines, and don’t comment on their social life. Yeah, well, don’t do a bunch of stupid stuff and you won’t have to worry about it.

At #4 was don’t “spread doom, gloom and guilt.” In other words, don’t tell the world about your health/medical issues, or that you are lonely or sad, and don’t ask why the grandkids don’t visit more often.

OK, so, I probably shouldn’t point out that if they did visit more often, they could show grandma and grandpa how to use Facebook to their liking. Also, that would probably take care of the “lonely” posts.

But here’s a newsflash that might be difficult for grandchildren, even adult grandchildren, to accept: we grandparents have our own lives beyond our relationships with our grandkids. It’s true! We have our own social circles and – you grandkids may want to sit down for this next revelation – not every one of our posts is about you or specifically for you.

Just hold on one second there, junior. Get woke. Your grandparents probably were teenagers in the ‘50s or ‘60s, the eras of greasers and hippies, the decades of rebels, with or without causes. They are the generations that went to Vietnam, that fought for women’s rights and civil rights. And I hate to burst your bubble, but they’ve probably seen and done things that would shock you. (Sorry, grandmas and grandpas, the kids had a right to know.)

The research also revealed that 72 percent of those surveyed like it when grandma and grandpa post “I love you,” and 60 percent said Facebook is a great way to stay in touch with grandparents. I can’t argue with that. However, it doesn’t substitute for an actual visit, in person, like folks did back in the day.

So, go hang out with your grandparents. Just make sure you call first … and not from the corner. It takes a little time to shift from our bad selves to nanna and papa mode.