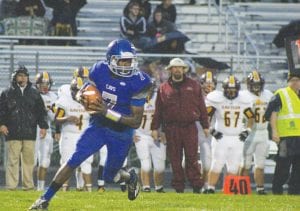 A reminder to everyone driving in and around local schools. The official start to the fall 2015 middle and high school sports seasons is midnight Aug. 9 when high school football teams are allowed to run a practice. Most schools will begin football practice on Aug. 10 and all other sports will begin official practice sessions on Aug. 12. Cross country is a fall sport so teams will be running the sidewalks and through neighborhoods. The Flint Township VIEW reminds everyone to watch for kids when entering or leaving parking lots of the schools, local businesses and along neighborhood streets. The first official games in most sports will begin to take place on Aug. 17 and throughout that week. – L.P.