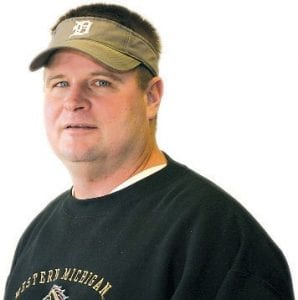 The NFL playoff picture eliminated some pretenders this past weekend. We can say bye bye to the Oakland Raiders and San Francisco 49ers. A couple teams are on life support like the Giants, Buccaneers and Jaguars. The Colts and Packers control their own destiny: Win and they are in. A division playoff game takes place in Seattle as the Seahens and Ram A Lamb Ding Dongs have a win-andyou’re in game. I realize neither team deserves a playoff berth but rules are rules. These teams have punched tickets: Chicago, New Orleans, Philadelphia and Atlanta in the NFC. The tickets punched from the AFC: Pittsburgh, Baltimore, New England, Kansas City and the Jets. The playoffs will be awesome as every single team has a chance at playing in the Super Bowl except Seattle or St. Louis.

Something to play for

One more regular season week is left for our Detroit Lions. With the Lions in previous seasons, the close couldn’t come soon enough. However, here in 2010 it’s a different story as they are on a three-game winning streak. Can you believe back-to-back road wins? The Lions can close out 2010 with a home victory over the hapless Vikings Sunday. A four-game winning streak going into the 2011 season has to help the confidence of this team. A huge question is will Brett’s career end in Detroit with him under center? I hope he can play and the Lions send him out a loser in his final game. Sorry, Brett, your time is over as an elite NFL quarterback.

Speaking of over, it’s pink-slip time for coaching staffs. Mike Singletary is looking for work as San Francisco didn’t even let him finish out the season. My list of pink slips would include John Fox at Carolina, Norv Turner at San Diego, Marvin Lewis at Cincinnati, Tom Coughlin in New York and Tony Saporuno in Miami. All of those coaches need to go, especially Norv Turner. Why, you ask? The San Diego Chargers have one of the best football teams in the NFL and will be home watching the NFL playoffs! That, my folks, is pitiful.

The college football bowl season really heats up this week. This state will be looking forward to New Year’s Day as

the Wolverines and Spartans play on Jan. 1. It really stinks that the two games’ kickoffs are separated by only a half hour. The remote control is going to be busy. I might just tape the Michigan game as the Spartan game is the one I really want to watch. I want the Spartans to win this football game for a couple of reasons. Number one, I am not a Nick Saban fan at all. He bolted MSU and left the program hanging in limbo. My main reason is I am sick and tired of hearing about how great the SEC supposedly is. The Big Ten can shut them up by winning some of these bowl games.

Time for my MSU and UofM predictions. I am feeling Sparty green and white in my blood. MSU is going to pull off the shocker as 10-point underdogs and defeat the the Crimson “laundry detergent” Tide. Prediction: Huge Sparty Party 21 and Rolled Low Tide 17. Rich Rod’s last game as Michigan’s coach (we hope) will end up as a loss to the MSU Bulldogs. Mississippi State’s running game is too strong and Michigan’s lack of “D” is the difference. Prediction: Biting Bulldogs 44 and Grammy Award Winning Singer Rich Rod Team 37.

Here are some more predictions on the bowl games. I like the Stanford Cardinals over the V.T. Hokies. The Oklahoma Sooners will crush the Huskies of U-Conn. The free tattoos of Ohio State over the Razorbacks of Arkansas. Oh, and if you want Ohio State memorabilia, call the team. They will sell you anything you need. Those players not being suspended for the Sugar Bowl is a joke. I will save my Auburn and Oregon pick for next week.

Here come my NFL picks for the last week, another good year of handicapping for the Fat Guy! Roll’em, Scotty: