Play of the century 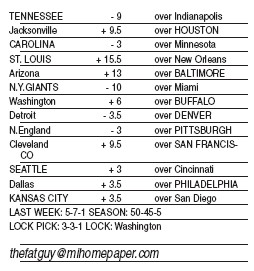 The Spartans of MSU are living the Hail Mary Dream after the play of the century happened in East Lansing last Saturday. What was a whale of a football game came down to a 44-yard long heave by Kirk Cousins. The bombs-away toss landed in Keith Nichols’ hands and video replay confirmed he crossed the goal line.

Gone is Wisconsin’s undefeated season once again after a loss to the Spartans. Talk about a team having another team’s number. The Badgers are on MSU’s speed dial and it’s logged under ” Victory”. How about this Spartans’ football team? They go into Columbus and defeat the “Cheating Yuckeyes” of Ohio State, come home and whip up on “Big Brother” Michigan, and then take down “Bucky the Badger”. Man, talk about three weeks of good football and showing the college football world the Spartans are for real! This is a darned good football team, sports fans. The prize for these three tough wins? A tough trip to Nebraska to take on the Cornhuskers. Talk about a tough schedule. Sparty fans know I have picked against them now two straight weeks in a row. So, for the Sparty party to last well into the night, here is last call for alcohol: Corn Gluten’s 24 and Couches Safe This Week 21. I hope I am wrong, I love the green and white! I believe in the Spartys. Bad hair day 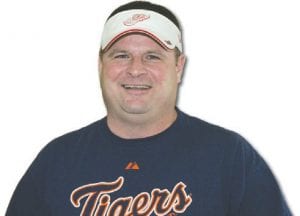 The mane on the Detroit Lions has become tangled and a two-game losing streak is in progress. The solid 5-0 start seems long ago already. The kittens have suffered back-to-back home losses to San Francisco and Hotlanta. Does the bandwagon have some empty seats on it now? I would say, yes. Lions’ fans need to remember this is a good football team, but not a great football team. At the beginning of the year, I had them at 7-9 or 8-8. I now believe 9-7 or 10-6 will be their record come the end of the season. Are playoffs in the deck of cards? Who knows! What we, as Lions fans need, is to realize is this is much improved football over what we have been watching for the past decade. Detroit is still a year or two away from being a solid playoff contender who can compete for a Super Bowl appearance. Lions’ fans, and me included, got a little ahead of ourselves with the 5-0 start. Well, reality has now set in and we all need to deal with it.

One positive is the Matthew Stafford injury isn’t a season ender. The MRI was negative and he’s day-to-day and in a walking boot. I feel if he can’t go against Tebow mania in Denver Sunday that back up quarterback Sean Hill will do just fine under center. The Denver crowd is going to be juiced up in the Mile

Sunday over Miami will have the

Bronchos playing with new enthusiasm. Detroit is the more talented team and should win this road game. Let’s hope offensive coordinator Scott Linehan calls a better game than he did against the Atlanta Falcons. Prediction: Lion Feast 30 Tebow’s Prayers Not Answered 20. Rangers in six

The World Series between the St. Louis Cardinals and Texas Rangers has been a dandy of a series. How about the threehome run game by Albert Puhols in game three? The one home run is still in orbit. What really stuns me is the success the Cardinals have had against one Mr. Ogando the relief pitcher from the Rangers. The boys from St. Louie are pounding him. How come the Tigers couldn’t accomplish this feat? Funny game, baseball. The Rangers have a 3-2 lead with the last two games in St. Louis. I picked the Rangers in six games and I like to be right, as you know! Go Texas! Bad smell

My NFL picks stunk like a skunk last week, no doubt. I gave myself a long tomato juice bath and washed off the smell of last weekend. Here we go with this week’s picks: