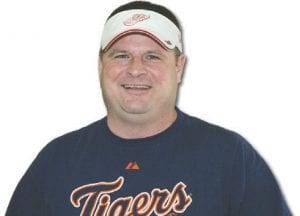 The NFC Divisional Playoffs provided shockers in both games. The two sexy teams—the Saints and Packers— picked by most to go to the Super Bowl, have exited stage left. I guess the Packers name is appropriate as they "packed" their equipment after losing to the New York Giants, 37-20. The Saints went "Marching Home" after a wild, wild loss to the San Francisco Forty Niners. The Saints and Forty Niners game was one of the best playoff games you’ll ever see. The last four minutes of the fourth quarter were like two heavyweight fighters going at it in the last round. One Vernon Davis of the maroon and gold caught a pass over the middle in the end zone for the winning score. It was the Terrell Owens catch flash back against the Green Bay Packers.

Here are my takes why these two teams lost over the weekend. First, the Saints. New Orleans is now 0-5 on the road in playoff football. They are the ultimate "Homer Team" in my eyes. Great underneath the Superdome roof and horrible in a visiting locker room. Good teams find ways to win on the road and the Saints just can’t do it. Next up is the Packers; the 15-1 Packers, I remind you. The horrible defense, which had a lack of a pass rush and a terrible secondary, caught up to Green Bay. Then you throw in a redhot Giants team and a red-hot Eli Manning, which is a recipe for Packer disaster.

I am not a proponent of resting players in the last week of the season. It cost the Packers in this football game. Do you realize Rodgers hadn’t quarterbacked a game since Christmas? That is way too long. He was off on his passes and his receivers dropped balls like crazy. Play football all season long like the "Hoodie Man" Bill Belicek does. Remember Tony Dungy resting Peyton and the Colts had numerous firstround exits from the postseason. The bottom line is, rest is overrated! One cannot take athletes out of their everyweek routines, in my opinion. The Giants and Niners are hooking up in a rematch, a game in which San Francisco won. This, however, is a better Giants’ football team. They are healthy and rolling on both sides of the ball. San Francisco relies on defense and more defense. I know the Giants are the sexy pick. Fat Guy prediction: No Joe Montana or Rice 21 and Giants No More 20. An upset special!

The AFC Divisional Playoffs went more to script over the weekend. The Tim Tebow drama is over on the football field at least as it won’t be this off season. The Patriots (who don’t believe in resting players) rolled the Denver Broncos, 45-10. Tom Brady put on a quarterbacking clinic against Denver. This game was over by halftime. It makes me wonder how Pittsburgh got beat by Denver? Doesn’t it? The Pats will host the Baltimore Ravens on Sunday afternoon at three o’clock. The Ravens won an ugly game against the Houston Texans and their third string quarterback. Joe Flack Off, the overrated quarterback of the Ravens, stunk once again under center. He just plain stinks and we will all witness that this Sunday. The Ravens’ defense is not as strong as the football experts want you to believe, either. Houston moved the ball up and down the field against them. One Mr. Tom Terrific Brady will rip them to shreds. I absolutely love the Patriots in this football game! Crystal Ball Selection: Patriot Missiles 34 Raven Craven A Loss 20.

The Detroit Red Wings are skating high right now. A nice home-and-home sweep of the Chicago Blackhawks that means a solid franchise record-breaking 15 straight victories on home ice. Jimmy Howard was selected to his first All-Star game. He has been a pillar of stability this season between the pipes. I love the way the Red Wings are playing hockey right now. I am smelling a Stanley Cup run coming this spring in Hockey Town. It’s Tuesday morning and I am really looking forward to the Michigan and Michigan State hoop game. Hopefully, when you read this, your team will have pulled out the hardwood victory. Go Blue! Go Sparty! thefatguy@mihomepaper.com.