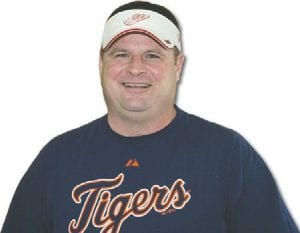 When you go to a zoo to watch a lion, it’s home is a super-large cage with bars. If you want to see some Detroit Lions, they are also in a cage with bars called a jail cell. Yes, Nick Fairley found himself behind bars for the second time in two months. The first one was a marijuana charge. This most recent one is a DUI, eluding police, reckless driving, no proof of insurance, and open containers. It doesn’t take a rocket scientist to figure out why he slipped out of a top-five NFL pick, now does it? It’s called character issues. Nick Fairley is a character and has issues. The Detroit Lions need to unload him right now. I see a bum in Honolulu Blue and Silver and a full time babysitting job. Are the Detroit Lions going to become the Cincinnati Bengals? I have an idea: trade Nick to the “Bungles”, he’ll fit in down there in Cincinnati. Marvin Lewis will love you, Nick! I am surprised Nick blew off Charles Rogers’ Memorial Day barbecue; aren’t you? They seem like those two could become the best of friends drinking and smoking the “good stuff”. I didn’t like the Fairley pick when the Lions took him and I am hating it even more and more! I’ll drink to that!

The Stanley Cup finals begin on Wednesday in New Jersey with the number-six seed, the New Jersey Devils, against the number-eight seed, the Los Angeles Kings. A six versus an eight seed? It is even more proof that come playoff time just get in baby and anything can happen.

These two teams are not flashy and nobody in hockey saw this match up for Lord Stanley. The L.A. Kings have not been here in 19 years. Wayne Gretzky led the Kings in 1993 to the Finals against the Montreal Canadiens in those silver and black jerseys. I loved the purple and gold ones, actually. Jerry Buss owned them and installed L.A. Lakers colors on the hockey rink. Speaking of rink, some names to watch for the KIngs are Anze Kopitar, Dustin Brown, Drew Doughty, Mike Richards and Jeff Carter. These are not household names to say the least. The Kings coach is Darryl Sutter, who took over midway through the season. Quick, name the New Jersey Devils’ coach? Time’s up! The name is Peter DeBoer. I had to look it up myself, so don’t feel bad. The Devils’ big gun is Ilya

Kovalchuk, the Million Dollar man. He is leading the NHL Playoffs in scoring and earning his dough. It’s ironic that Kovalchuk’s two teams he wanted to play for were the

Devils and the Kings.

It’s funny how some things work out.

The story between the pipes could decide the Cup winner. The ancient one, Marty Brodeur the 40-year-old youngster is playing awesome in the cage. He would love to win one more Cup before he calls it quits. The Kings have Jonathan Quick, who has played phenomenal for the Kings between the pipes. Will one of these goalies stand on their heads and steal a Cup for their hockey club? The chances are good that they could, because they have both been playing that good. This series will be a close checking series and a hard fore checking series, in my opinion. Goals will be at a premium and two goals in a game could be a winning score. I am picking the Kings in six games. It would be the KIngs’ first ever Stanley Cup if they can complete the deal.

The Spurs and Thunder have opened up the Western Conference Finals series. The Spurs drew first blood winning game one 101-98 in an awesome game. This series is what hoops should be about: two good basketball teams fighting to get to the NBA Finals. Is this Tim Duncan’s last shot at a title? Can Kevin Durant lead the young Thunder to the Finals? I see seven games coming in this series. I still like the Thunder, even though they lost game one. The Eastern Conference has the old aging Boston Celtics taking on the Big Two in LeBron and Wade. The Big Two should stroll through this series in six games. Boston struggles to score and they looked old against the Philadelphia Seventy-Sixers. Miami makes the Finals and hopes Chris Bosh gets healthy and can play in the Finals.