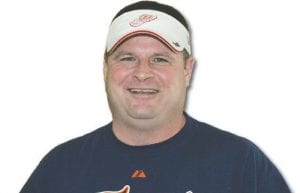 There were two official retirements in the Detroit sports world. Magglio Ordonez of the Tigers and Nick Lidstrom of the Detroit Red Wings ended two great careers by two fabulous athletes. Let’s look at Mag’s career first. Ordonez came to the Tigers in 2005. The Tigers were coming off some horrible seasons and needed a hitter who commanded respectability. Mags brought that to Detroit. The 2007 season saw Mags win the American League batting title. He went 3-for-4 on the last day of the season. Magglio hit .312 as a Tiger over his Detroit career. He hit one of the biggest home runs in Detroit history with a three run blast (walk off special) in game four of the ALCS to send the Tigers to the World Series in 2006. It’s hard to believe it’s been six years since that moment. He fought through some possible career-ending injuries to extend his MLB career in a Tiger uniform. Thanks, Magglio, for representing the Ole English D and good luck in life after baseball.

Where do you begin with Nick Lidstrom? Nick’s career could be this whole entire article and next week’s, too! Lidstrom was drafted in the third round in the 1989 NHL Draft as the Red Wings’ 53rd pick. He played every single NHL game as a Detroit Red Wing and was a seven-time Norris Trophy winner and a Conn Smythe Trophy winner in 2002. He also was a four-time Stanley Cup winner as a Red Wing. He took over as captain of the Red Wings in 2006 when Steve Yzerman retired. Does it seem like six years have passed since Stevie Y retired? Man, time flys by fast.

The man wearing the number five will go down as one of the top three defensemen of all time. Many would argue he is number one. Nick was so composed on the blue line and always in the right position to make the play on the ice. He was cool, calm and collected at all times. I never once saw him frustrated or angry on the ice. I am sure he was, though. I want to say it was an ultimate pleasure to watch his entire career in the Winged Wheel uniform. Nick was the ultimate pro hockey player on the ice and a class act off the ice. Nick, you’ll be missed by all of us Red Wing fans and soon your number will hang from the rafters along with all the other Red Wing greats. Enjoy Sweden and your retirement. Thanks for the memories number five! It will be strange not seeing you out on the ice in 2012-13.

By a nose The last leg of the Triple Crown runs this Saturday and yes we have a Triple Crown contender. I’ll Have Another will try to become the first Triple Crown winner since Affirmed did it in

1978. The jockey on Affirmed, do you remember? The answer is Steve Cauthen.

The NHL Stanley Cup has produced two overtime games so far. Both the games have been won by the L.A. Kings. The Kings are now 10-0 on the road in this season’s playoffs. That is a remarkable number, hockey fans. Last week, I told you two goals would make a team winner! The scores of both games? Why, 2-1 of course! The games have been intense and fore checking by both teams have been tremendous. My Kings-in-six prediction is looking pretty good right now!

The Spurs and the Thunder have each won two games a piece. Home cooking has been the flavor of the wins. Will a team pull off a road victory? We shall see. The Heat and Celtics series has been a decent watch. The Heat were at Boston Sunday and will look to get a stranglehold on the series. I see Boston evening up the series.