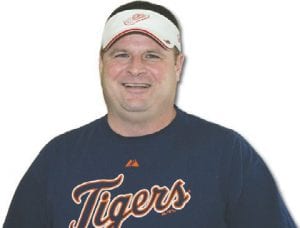 The NBA draft is over and the Pistons came away with three selections. The ninth pick of the draft was Andre Drummond from Connecticut. Drummond is a center and should help them in the middle. Big Ben Wallace is done and some youth is needed at that position. How much do I know about Andre? Honestly, I have to say not that much. I don’t remember anything special skill-set wise he brought to the Huskies. I have to trust Joe Dumars on this one. However, Joe hasn’t produced much over fifty percent in the draft as far as solid basketball players. He will have to earn my trust with Andre Drummond.

Khris Middleton is a forward from Texas A&M and the other pick is Kim English, a guard from Missouri. Will either one of these make the team in the fall? I have no idea. The Pistons have some roster spots available, so all three picks will have a chance to make the squad and receive significant playing time. Ben Gordon is history, taking his lack of talent to Charlotte. What a huge waste of greenbacks he was. A free agent signing that ended up being a total bust. Charlotte, what are you thinking? Mike Jordan; great player, awful NBA owner. Charlotte won seven games last season! I just laughed out loud at that number. I thought the New Orleans Hornets did well.

Anthony Davis, number one pick, a no-brainer. I love the Austin Rivers pick. This kid has been around the NBA game since he could walk and talk. He will be a great player in this league. Draymond Green to the Golden State Warriors early in the second round is a steal for the Warriors. Draymond Green will play significant minutes in Golden State. All you Sparty’s will have to stay up late to watch him next season, though. Kevin Garnett gets a three year deal with the Celtics? Wasted money by the Boston Celtics owners. He is old and and worn down. Dwight Howard to the Nets? He is a drama queen and really starting to irritate me! I hope he goes to the Nets and enjoys watching the playoffs from his living room on television.

Tiger Woods wins at Congressional in the At&T National. It was Tiger’s third win this year. The victory gave Tiger his 74th PGA victory of his career. He passed Jack Nicklaus for second place all-time. He still trails Sam Snead by eight victories. Tiger also moved up to number one on the PGA Tour money list. How did the Tiger do it? Bo Van Pelt bogeyed his last three holes and folded up like a cheap tent. Tiger will never ever be as dominating as he once was. He will win his share of golf tournaments yet in his career, however. Yes, he will win some more majors, too! I would not count him out of the next major, the British

All-Star rosters have been announced. Prince Fielder will start at first base. Remember he was the MVP last season in the All-star game for the Milwaukee Brewers. Hope he repeats the feat this season as a Detroit Tiger. Justin Verlander will make his fifth All- Star appearance as a pitcher for the Tigers. Miguel Cabrera will make his seventh appearance as an All-Star. Miguel is hitting .315 and has banged out 16 home runs and 62 RBI. A nice first half of the season for Miggy. He is one heck of a ball player. Dontrelle Willis, who is he? Miggy made that trade worth it for sure. How about seven Texas Rangers on the AL roster? Three are starters along with three Yankee starters in Jeter, Cano and Curtis Granderson. Granderson, who was traded for Austin Jackson, has become a stud in a Yankee uniform. However, I feel as though Austin Jackson, with his .326 average, eight homers and 34 RBI, could have been named to the AL roster. Jackson has had a nice first half of a season after a disastrous 2011 campaign. The best story is Adam Dunn with his 24 homers and 58 RBI. Dunn was an A.O. in 2011. That means a automatic out at the plate last season. He is comeback player of the year in the AL, no question. I also hope that R.A. Dickey gets the start for the National League. Let the knuckle baller dazzle the fans with the knuckler. Have not seen that since the Niekro brothers. I am not watching the boring home run contest, either! Can’t take Berman and his back-back-back-gone stuff any more! P. S. enjoy the fourth of July and be careful with the fireworks!