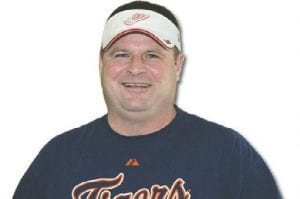 The summer Olympics in London are underway. I must say, the opening ceremonies were a total bore for me. No hate mail from you all, please.

The first shocker came in the swimming pool when Michael Phelps lost out on a gold medal to Ryan Lochte in the 400m Individual Medley. It just doesn’t seem like Phelps ever loses too much in the swimming pool. Phelps only needs two more medals to become the all-time medal leader. He will more than likely achieve that record this year in London. The next shocker was Jordyn Wieber not advancing to the all-around and event finals. She was beaten out by Aly Raisman and Gabby Douglas. I didn’t realize that each country can only send two participants; I guess you can learn something new any day, especially that dumb rule. The USA has won five gold medals so far as of Monday night. Kimberly Rhode won a gold in women’s skeet, the first ever I believe. I will be watching more coverage this week as the Olympics progress.

It’s hard to believe the Lions’ first exhibition game is Friday August 10 at Ford Field. The Cleveland Browns will be coming, as these two teams always meet in the pre-season. I will not be attending, as the regulars will not be playing very much. It will be players who are trying to make the roster for the upcoming season. Once the pre-season games start, the regular season gets here in a hurry. Man, all of us football fans are thankful for that.

The Lions have huge expectations after making the playoffs in 2011. Can the Lions put the off-season arrests and turmoil off the field behind them? Will Mr. Suh play like he did in his rookie season? He has come out and stated that he will be a beast on the football field in 2012. How will Jahvid Best be after suffering from a seasonending concussion last season? When Best is healthy, he is dynamite as a running back. I just don’t think he will hold up. One fatal blow to the head and he might have to retire from the game of football. How about Matthew Stafford in 2012? Can he throw for another 5,000 yards and stay healthy like he did last season. I think he might even have better numbers this season! I look for Titus Young to have a break-out season after a so-so rookie season. He needed to mature, and hopefully, he did. Coach Jimmy was not happy with some of his on-field antics. The Lions will not sneak up on any NFL teams like they did last season. The one favorable thing going the Lions’ way is they have an easy home schedule, in my opinion. I see no reason why they can’t go

The Bears are improved and the Packers are the cream of the division and will be tough to overtake in the division. The Vikings will stink! Lions football is coming fast and the home opener against the Rams will be here in no time!

The Fat Guy’s prediction of the Tigers never looking back in the American League Central and holding onto first place? That was a total lie by me. The Chicago White Sox have bounced back from the Tigers’ sweep and moved back on top in the division. The Tigers took their ninegame road trip and have lost both series to the Cleveland Indians and the Blue Jays, winning only one game in each series. Monday, they were in Boston where it’s always tough to get a “W” for the Tigers. I just cannot figure out this Tigers’ ball club for the life of me. I do think that Omar Infante will be a tremendous help at second base over these next two months. The MLB trade deadline is this Tuesday and there will be a ton of movement, I feel. The Angels helped themselves already with the acquisition of Zach Grienke from the Brewers. Man, Zach and Jered Weaver in the same rotation is some kind of tough. Of course, some teams will be buyers and some sellers. It’s always interesting to see what teams do what at the deadline. Hanley Ramirez to the L.A. Dodgers was an awesome deal for L.A. He has been on fire, too, for the Dodgers. thefatguy@mihomepaper.com