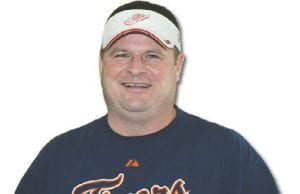 The NFL inducted six into the Hall of Fame over the weekend. The skilled position players took a back seat to the “Big Uglies”, the offensive and defensive linemen. New Orleans sent in offensive tackle Willie Roaf. What a player he was in the black and gold. Willie just happened to play on a lot of bad Saints teams, with one winning season of his nine years on the field. Chris Doleman of the Minnesota Vikings also made it in. Seattle Seahawk Cortez Kennedy also played on some bad Seahawk football teams. He was, however, constantly a wrecking ball and required the double team all game long. Pittsburgh’s Dermontti Dawson, a center, is now in the Hall of Fame. Dermontti followed Mike Webster at the center position, who also happens to be in the Hall. How lucky were the Steelers to have back-to-back Hall of Fame centers! Jack Butler of the Steelers, a cornerback in the 1950s, also was voted in.

The most under-appreciated running back ever, in my opinion, Curtis Martin, was inducted. Mr. Martin, a New York Jet, retired as the fourth leading rusher in NFL history. Curtis rushed for 14,101 yards and averaged 4.0 yards a carry. Those, my friends, are impressive numbers. He also played in 168 NFL football games and also had 10 straight 1,000 yard seasons to begin his career. There are only two backs who ever did that!

The other one is no surprise, the one and only Barry Sanders of the Detroit Lions. How come when the conversation of great backs comes up Curtis Martin’s name is never mentioned? I am guilty of it myself and I don’t know why that is. Maybe it’s because he was in an era of other great backs. Playing in the AFC also kept him on the back pages, as we tend to follow the NFC here in Detroit Lions country. The Hall of Fame game with the Saints and Cardinals is Sunday. It is strange that the Saints are playing in it with all their off-season turmoil. Hey, it’s only preseason, but football is back.

Speaking of back, welcome back Cliffy Avril. He signed his $10.6 million tender sheet this weekend. Avril had 11 sacks, six forced fumbles, and three fumble recoveries in 2011. The Lions cannot negotiate with Cliff until the season is over. He can become a free agent in the spring. The Lions take on Cleveland Friday night at Ford Field. I hope my niece and nephew and brother in-law enjoy the game with my tickets.

The college football pre-season rankings have come out. Most of them have Alabama or LSU in the number-one spot. The next three spots are USC, Oklahoma, and Oregon. Personally, I don’t put much stock in these polls anyway.

The Big Ten pretty much has four teams ranked. The four are Nebraska, Wisconsin, Michigan State and Michigan. All four of them are bunched between 15 and the eight spot in the rankings. Michigan, as we all know, by now, opens up with Alabama, so it will either rise or fall in the rankings in the very first week of the season. Michigan State opens up with ranked Boise State for their opener. So, the same for Sparty; they will rise or fall in the first week. No cream puffs for the Spartans or Wolverines in their openers. College football is less than a month away.

The Tigers concluded a nine-game road trip going a paltry 3-6. They welcomed the Indians to town and took the first two games of the series. Annibal Sanchez picked up his first victory as a Tiger by defeating the Tribe. That had to feel good to him. How about Doug Fister? He is rounding into form and excelling on the mound. He is pitching like he did last season in August and September. What a lift he could give the Tigs here in the playoff stretch run. Comerica Park should be packed, as the hated New York Yankees come to Motown. The Yanks will get Justin Verlander on Monday night. Justin needs a win, as he has not fared well in his last few starts. I look for a lights-out performance on Monday night. I have this huge gut feeling Justin will be dealing! thefatguy@mihomepaper.com