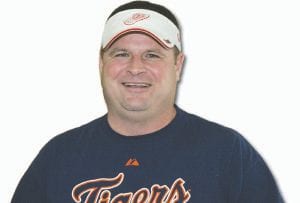 College football arrived this past weekend and MSU escaped with a 17-13 victory over Boise State. Michigan was hammered and manhandled by the Alabama Crimson Tide on Saturday night in Dallas Cowboy Stadium, 41-14. The 90,413 paying customers was the largest ever in Dallas Stadium to witness a college football game. The crowd was divided half and half with Alabama and Michigan fans. The Bama fans enjoyed the game, though, I believe.

Let’s look at these season openers for the two schools. I’ll start with the Spartans of Michigan State. Le’Veon Bell was a man toting the rock. How about 44 carries for a strong 210 yards and two touchdowns. The leaping hurdle run was my favorite over the Bosie State defender. Michigan State outplayed the Boise State team all game long, yet trailed until midway through the fourth quarter. How about a staggering 461 yards of offense to 206 for Boise. That is double the yardage offensively in Spartys favor. The problem you ask? The turnovers! MSU had four of them in this ball game. I thought the new quarterback, Andrew Maxwell, was shaky in this game. I realize it was his first college start, so I expect much improvement in the weeks to come. He definitely has a strong arm. The defense is top notch and will be fine. MSU now travels to Perry Shorts Stadium to take on Central Michigan University. It will be rocking in Mt. Pleasant, Michigan.

The Wolverines were absolutely embarrassed by Nick Saban’s football squad. It was like the JV playing the varsity high school football team. Bama’s young freshmen running back, T.J. Yeldon, ran for 111 yards on just 11 carries. The Michigan tackling was brutal with way too many missed tackles. Denard Robinson was ineffective under center. He had 10 carries for 27 yards! Ouchee, those are awful numbers for him. Denard, once again, was brutal throwing the football 11-for-26. He just can’t pass the football at all. I personally will be happy when he graduates. I am not a huge Denard fan at all. He is exciting to some, just not me. I want a real quarterback under center. Michigan fans, put Bama in the rear-view mirror and focus on the rest if the season. The Air Force Academy is next on the Wolverines’ schedule.

The NFL regular season kicks off Wednesday night in New York, as the Giants and Cowboys open up the season.

The Giants, the Super Bowl champs, should stomp on the Cowgirls right out of New York. Eli Manning will torch the awful Cowboys’ defense. The Girls will be without Jason Witten, more than likely, with his spleen injury. The overrated

Cowgirls are in for a long night. Cheeseball says:

The Lions open up with the Rack of Lamb Rams at Ford Field. This should be a Lions victory easily on Sunday. This Rams team is terrible and is not going to win very many football games. Sam Bradford is in for a long afternoon, as the Lions’ defensive line will have his number in their sights. I look for a few sacks from the Lions “D”. Matty and Calvin (Johnson) will have huge day offensively. I predict Calvin will have two touchdowns. Stafford throws for 385 yards and four touchdowns. This should be a Detroit crush job. Crystal Cheeseball prediction: Motor City 45 Rams Get Slammed 20.

The other huge game of interest to me is the return of Peyton Manning to the NFL. The Denver Broncos take on the Pittsburgh Steelers in the Sunday night contest. I think Peyton will deliver a Sunday-night victory over the aging Pittsburgh Steelers’ defense. I am so excited to see his return to the football field. It still will be strange not seeing him in a Colts uniform. The Cheeseball prediction: Mile HighWin 24 and Big/Gentle Ben 20.