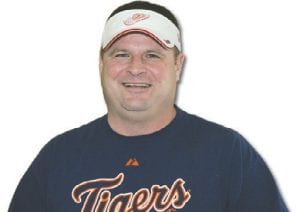 The NFL season kicked off last Wednesday in New York. The Giants became the first Super Bowl champs to lose in 12 years. Is this going to be a start to a wild 2012 NFL season? I believe so.

Let’s look at all the teams who struggled in week one who shouldn’t have struggled—the Lions, Packers, Eagles and Saints—to name three or four off the top of my head. Five rookie quarterbacks started for their respective teams. There was one clear-cut winner. They call him RG3. He shredded the Saints’ defense for four quarters. My opinion is, it will be a long season in Mardi Gras country without their coach on the sidelines. There are just way too many distractions for the Saints to have a successful season. The other four, Tannehill, Luck, Weeden and Russell, hope better days are ahead of them. Most notable were the two pitiful performances of Tannehill from Miami and Weeden of the Cleveland Browns. How was Cleveland in that game? Oh yeah, four picks thrown by Vicks Vapor Rub. Opening week is no time to panic. Do you here me, Lions, Bills, Steelers, and Chiefs fans?! Concerned a little bit? Yes. Panic? No! Bring on week two of the NFL season, please.

Recapping the “Cryons” of Detroit debacle against the Rams will be easy to do. The Rams almost rammed into the Lions’ tails with an upset victory over the almost 10- point favorite at home. Matthew Stafford bailed out the Lions and himself with a final-seconds-left scoring drive in the fourth quarter. Stafford, who threw for 355 yards, threw two costly red zone interceptions in this football game. I thought the Lions stunk all day long, to be honest. Previous years, though, would have produced a loss and might I say, a bad loss, at home in week one. This team, though, found a way to pull it out and get the much needed “W” at Ford Field. The task at hand will be much tougher next week on Sunday night football in San Francisco. This Forty-Niner football team is the class of the NFC, in my opinion. They play tough defense, pass the ball just enough and can run it down your throats when they want, too. We have all seen the Lions’ defense eat their share of football over the years, if you know what I am saying. The “Handshake Game” will be the prime time Sunday night affair, so don’t you dare miss it! I won’t. Oh my, moldy! Blow the dust off the crystal cheeseball prediction: San Francisco Treats 34 Tricked Lions 24.

The college football showdown in East Lansing is at 8 p.m. in Spartan Stadium. The 2-0 Notre Dame Irish and the MSU

Spartans, also 2-0, hook up in what should be an awesome football game. MSU will play under the lights now two times in three weeks at the Stadium. MSU, fresh off of a shellacking of CMU last Saturday, will have a tougher task with

Domers struggled to beat Purdue at home last weekend. Could they have been peaking ahead to

MSU? Possibly, is the answer.

Andrew Maxwell will have to be sharp in this contest if Sparty is to win. I like MSU’s defense to carry the Spartan load in this gridiron classic. The Notre Dame quarterbacks throw too many key interceptions at critical times of the game for me to like them. Prediction: Light Those Couches 27 No Four Leaf Clover 20.

Michigan barely gets by Air Force 31-25. A win is a win, I guess. However, it was pretty non-impressive. Michigan has a lot of work to do if this is to be a successful season. This week it’s U-Mass and Michigan. Michigan is a 45-point favorite in this contest. Michigan should roll easy in this one. Michigan 61 and U Mass 17.

The Detroit Tigers were swept by the Halos of Los Angeles over the weekend and trail in the wildcard by 4.5 games. They opened a four-game series in Chicago starting Monday. I feel as though a 2-2 split is a must for the Tigers to stay within striking distance of the Pale Sox. Time is running out on the floundering kitty cats.