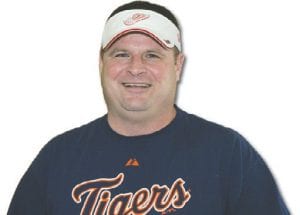 The Michigan Wolverines had zero Irish luck in South Bend last Saturday.. The Wolverines’ Denard Robinson seemed to be a bit color blind during this football game. It seemed like Notre Dame had more completions from Denard than Big Blue did. It was his worst game, I think, as a Michigan quarterback, to be totally honest. I know he came out apologetic to Wolverine fans saying it won’t happen again and he let down the Wolverine faithful. The hard truth of the matter is, Denard is not a very good quarterback. He is fast and dynamic under center and that is it. I personally can’t wait for him to graduate from college and move on. I bet Brady Hoke can’t wait either. Hoke wants to run a power football game and drop back passer system. It will happen after this season. Michigan now sits at 2-2 for the season as Big Ten play will begin this weekend. Oh, and by the way, the Big Ten Conference absolutely sucks this football season. It is almost flat out embarrassing to watch Big Ten football on television. There is no top dog. How about the pitiful performance by the Spartans against the EMU Eagles? That game was downright brutal to watch. The Sparty coach, Mr. Dantonio, was none too happy during his press conference. Can’t say I blame him, though. The Spartans better get their act together with the OSU Buckeyes on deck to open up the Big Ten season. The boys from Vegas have this game at a pick’em. I agree with the spread. I feel these two teams are dead even on the football field. The home-field advantage should be huge for Sparty in this contest. I look for a fired up effort from the green and white. OSU is way over rated and it will show on Saturday afternoon at 3:30 p.m. Fat Guy prediction: Sparty Start The Party 20 Yuckeyes 17. The Wolverines will travel to Purdue. I like the Maize and Blue in this contest. Reason? I have no idea! Oh yeah, Purdue stinks worse than Michigan, that’s why! Prediction: No Six Picks This Week 34 Boiled Hot 24.

Can the NFL be any stranger than it was last weekend? Overtime games and strange plays ruled the day. The Lions game was the icing on the cake, when the Jets win after a kick was blocked, but nullified by a coaching time out. Let’s get to the Lions debacle so I can blow off some steam. A lucky comeback effort ended with a Hail Mary pass to put the game in overtime. Tennessee gets field goal and then the debacle takes over.

The Lions fourth and one run a quarterback sneak that wasn’t supposed to happen. A

“misunderstanding” according to coach Jimmy Schwartz. I say a serious coaching blunder is what it is. That loss is on Jimmy Schwartz, in my opinion. That Lions game is what I have watched my entire life as a Lions fan. Seriously? You were trying to make them jump offsides? What a joke? Where is Rick Forzano? Darryl Rodgers? Monte Clark? They must have been laughing, too! Lions futility at its finest last week in Nashville, Tennessee! Bring on the Minnesota Vikings to Ford Field fresh off a upset over the San Francisco Forty-Niners. The health of Matthew Stafford is in question. The Vikings don’t like an easy win anymore. The Lions better strap uo their helmets and be ready to play or they will lose. Prediction: Lions The Communicators 30 and Vi Queens 23.

The NFL selections last weekend were not to stellar for me last week. I am getting on the right side of the field this week. I promise!