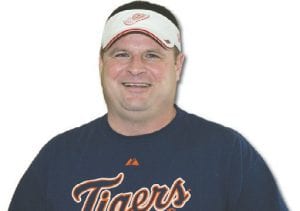 Just two weeks ago, Tigers fans were wondering if they would even make the MLB playoffs. Well, they did make it, and now hold a 2-0 lead over the Oakland A’s.

It wasn’t pretty at Comerica Park over the weekend as far as top-notch playoff baseball goes. Game one had Tigers’ ace Justin Verlander on the bump and he delivered a Tiger victory. Game two sent Doug Fister to the bump and he pitched quite well, actually. However, the last three innings of this ball game were gut wrenching and a little on the wild side, too. It started when “Cereal Killer” Coco Crisp screwed up a basket catch and allowed the Tigs to take the lead. The Tigers did not hold the lead for long. The relief pitcher Benoit “I Give Up the Long Fly” allows a homer to deep right. Throw in the fact the guy had struck out six straight times previously at the plate. The Tigers then get a passed ball by Oakland to tie the game in the bottom of the eighth. Then, the hero, one Don Kelly, delivered a sacrifice fly and the Tigs win game two. Top-notch playoff baseball? No! A two-game lead in the series? Yes! The series heads to Oakland and Detroit needs to win one of the possible three games on the coast.

What’s going on in the other baseball series you ask? The American League has Baltimore and New York battling it out. The Yanks have a 1-0 lead against the “Birds”. I like the Yankees to win this series in four games. I just feel the Cinderella slipper is going to fall off in this series. The Yankees have experience in October and Baltimore has absolutely zero.

The National League has one series, that in my mind, is totally over. The Cincinnati Reds went out to San Francisco and took the first two games of the series. There is no way Cincinnati will lose three straight to the no-hitting Giants. Cincinnati moves on to the NLCS. Who will be the opponent for the Redlegs? It will be the Washington Nationals or last year’s World Series winners, the St. Louis Cardinals.

I like the Washington pitching staff in this series. Washington won game one and currently holds a 1-0 series lead. I think the

Nationals will wrap this series up in four games. I do tip my steak knife to the

Cardinals for making the postseason minus one Albert

What the heck is going on in East Lansing? The Spartans are really underachieving on the football field. The Spartans pulled out a victory at Indiana last Saturday. It was a game they should have lost. They trailed most of the game, yet found a way to win. Indiana is an awful football team and yet, the Spartans made them look like Alabama. The Spartans better play better Saturday against the Iowa Hawkeyes or a home loss will occur. I like Iowa to win.

Michigan absolutely smoked the Purdue Boilermakers last Saturday. I did not see this coming from the Maize and Blue. Apparently, the bye week was a big help to the Wolverines. Next up on the Wolverines’ schedule is the “Fighting Illini” of Illinois. This should be a “W” for Michigan, as Illinois is not a good football team. I expect a big victory in the Big House on Saturday. This is the weakest I have seen this conference in a long, long time.

My NFL picks were pitiful just like the Big Ten! My lock pick came through at least! It’s a new week and better picking, I hope.