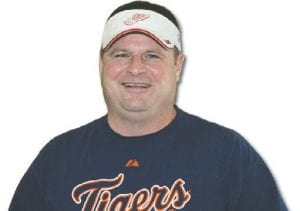 The World Series took center stage Wednesday night in San Francisco. Yes, we all knew the Tigers were in the World Series, but who would they play was the question. The answer is, the San Francisco Giants who defeated the St. Louis Cardinals in seven games. The Giants came back from a 3-1 deficit to win this series. Actually, the Giants have now won six-straight elimination games.

How will the Tigers fare here in the 2012 World Series? The first thing that worries all of us Tiger fans is the length of time Detroit has had off since clinching against the Yankees. It’s so eerily similar to 2006 when Detroit swept the Oakland As and had to wait six days for the World Series. According to manager Jimmy Leyland (haters back on the band wagon) he learned from his handling of the 2006 layoff. Leyland has had the Tigers playing simulated games against the Tigers’ minor leaguers the past few days. A smart move just so Detroit can see some live pitching. I feel as though you have to see that live pitching to stay sharp. Speaking of live pitching, the Tigs have some of that themselves. The ERA in the postseason is a solid 1.08 by their starters!

The Giants better put on some hitting shoes if they want to win their second World Series in three years. Hitting shoes also need to be laced up by Detroit. The Giants have some starting pitching themselves. I am glad Matt Cain had to pitch game seven against the Cardinals. He is real tough on the hill for San Francisco. It looks like Justin Verlander will oppose Barry Zito in game one. Zito pitched a gem in game five in St. Louis to keep the Giants’ season alive. However, he has not been dominant at all this regular season. I feel as though on paper this is a pitching mismatch heavily favoring the Tigers’ ball club. Verlander has been so dominant in this post season. The Tigers’ big two—Prince and

Miguel—need to produce like they have all season long for Detroit to win. If those two guys have a bad World Series, so will the Tigs. Crystal Cheeseball prediction: Go Get’em Tigers in six games. One more thought, anyone who has an extra ticket and wants to take the Fat Guy, let me know!

Michigan finally defeats “Little Brother” (Mike Hart’s quote) 12- 10 this past Saturday. The Wolverines and Spartans played a defensive battle or ugly offense; you all make the call. I say a combination of the two. Let’s face it, neither quarterback threw for over 200 yards. Nobody ran for over 100 yards individually. Heck, MSU’s Bell only had 68 yards toting the rock. It was an ugly, ugly football game. The drama, however, was not ugly at all. Michigan had to kick a last-second field goal for the win. MSU did not allow a touchdown, and yet lost. That does not happen very often football fans. The MSU win streak is stopped at four games. Honestly, MSU deserved to win the game. I thought they played better then U of M.

The lock pick suffered a last second loss on a fourth and nine and down goes Buffalo. Man that was a tough loss.