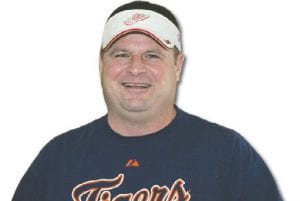 The San Francisco Giants are World Series champs for the 2012 baseball season. The Giants’ sweep of the Tigers on Sunday night at Comerica Park gave the Giants their second world championship in the last three years. The Tigers’ last title coming in 1984 seems so long ago, yet I can remember it like it was yesterday. The last two trips to the Fall Classic has produced just one win for the Tigers.

This 2012 World Series favored the Tigers as almost 2-1 favorites to win it. Detroit came in with the “better” starting pitchers. The rotation was set up in Detroit’s favor. The problem was, nobody sent the e-mail telling the Giants. I know the week layoff theory plays in the minds of many Tigers’ fans. This is mostly due to the fact the last two trips for Detroit played out the same way. I’ll say the layoff only applies to game one.

Let’s be brutally honest here, the Tigers beat the Yankees the same way the Giants defeated them. Neither side tore the cover off the ball. It’s almost deja vu, isn’t it?

The Tigers’ Louisville Sluggers had absolutely zero slugging in them. Baseball requires hits and runs and Detroit produced hardly any. I tip my cap to Infante, Cabby, and Delmon at the plate, but that is three players, Tiger fans! Prince Fielder just didn’t get it done on the big stage. Is Jimmy Leyland snake bit when it comes to winning the Fall Classic in Motown? I know Jimmy wanted to win a World Series for “Pizza Pizza” Mr. Ilitch. I know many of us Tiger fans are not Jimmy Leyland fans, and many of you are. The one thing I liked after the defeat that Jimmy said was this: “If you had told me in February we would be in the World Series in October I would take that.” All of us Tigers’ fans would have, too! The season is over, and looking back, it was a successful one for all of us fans and the ball club. September was awesome passing the White Sox, game five in Oakland, and a sweep of the Bronx Bombers. It’s all about next season and getting back to the World Series. So what’s the most positive news looking ahead to next year you ask? Say bye bye to Jose Papa Grande! He is done as a Detroit Tiger and I won’t miss him for one split second.

The NBA season starts this week and the Detroit Pistons are not going to be a very good basketball team. However, with no NHL hockey due to the strike, I’ll be watching Pistons’ hoop.

Let’s look at the

2012. The new additions are rookies Kim

English, Khris Middelton, and Andre Drummond. Throw in Kyle Singler, who is technically a rookie, as he played overseas last season. Gone are the two Ben’s, Wallace and Gordon. Corey Magg-ette is a new player in a Piston uniform. He ain’t new though, he is an old veteran. The dead weight is Charlie Villanueva and his horrible contract on the books. That’s a Dumars blunder; one of many committed by Joey “D”. Let’s all of us say “Darko” at the same time, please. The Prince is back, along with Stuckey, Bynum, Jerebko, Knight, Maxiell, Daye and their best player Greg Monroe. Coach Lawerence Frank’s roster is pretty pitiful here in 2012. I look at a 20-25 win basketball team. The winter will be a long one for Pistons fans.

My lock picks have too many keys this NFL season! Roll ‘em: