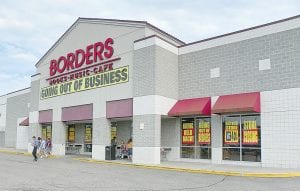 Sign of the times? The liquidation sale began Friday at Borders Flint Township store. All stores in the Ann-Arbor based chain are slated to close by the end of September.

On its second try, the business was granted a transfer of a Class C liquor license from 3141 Miller Rd. (formerly Lone Star Steakhouse & Saloon).

In May, the Board of Trustees denied the request 4-2 but gave unanimous approval last week to an appeal from Spartan Pastabilities, a Kentucky-based company which owns the restaurant.

Skaggs estimated the conversion will take place in about six months but said he would begin using the liquor license during the transition. Fazoli’s original design concept included serving beer and wine; some Fazoli’s in Florida still do so it is not unheard of in the industry, he said. 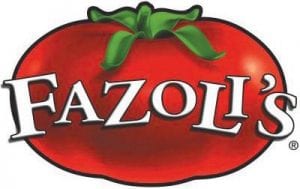 Over the years, many local Fazoli’s customers said they wished they could enjoy a bottle of wine with their meal, Skaggs said.

Without that choice, many elected to dine elsewhere, he said.

To questions about serving minors, Skaggs said he has experience from two restaurants he owns in Michigan that serve alcohol.

“We’ve been three years licensed so we certainly understand your concerns,’’ he said. “We are going to have underage people coming in and eating (but) we are very much up on the issue that we don’t serve (alcohol to) minors.”

Skaggs said their goal is to hire 40 to 50 new employees once the conversion is completed. He said the FUB concept has been trademarked, plans drawn up and sent out for bid but the liquor license has been a hold up.

He showed redecorating samples for converting the 3,600- square-foot restaurant to the FUB motif. He described it as an upscale place more akin to Panera Bread than a Burger King.

Skaggs said extensive research has shown that the “better burger’’ segment is a burgeoning industry.

He attributed the restaurant’s name to his wife who commented while dining in Chicago that the food was freakin’ unbelievable. They liked the sound of it.

FUB’s menu will include brioche buns, specialty salads and other items that chefs at the other two restaurants are helping to develop, he said.

“It is going to have a really nice upscale feel but it also is at a price point that people can actually afford,’’ he said.

“We feel strongly that this is a great way to go.’’

The transferred liquor license allows Fazoli’s to serve hard liquor but Skaggs said they made a conscious decision to stick to sales of beer and wine.