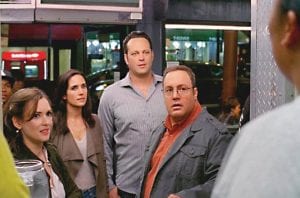 Mainlining Tchaikovsky’s “Swan Lake” ballet score like a drug addict, this film pushes Nina (Natalie Portman), a Manhattan ballerina devoted to her craft, to the brink of insanity and then a couple of subway stops beyond. Director Darren Aronofsky’s film is with her all the way. Portman’s performance as the dying swan is formidable in its nerve-racking expressivity. It is, in fact, a racked nerve, personified. This is Aronofsky’s most interesting film to date, and there’s not a more exciting fairy tale for grownups in theaters right now. R (strong sexual content, disturbing violent images, language and some drug use). 1:50. 3 1/2 stars. — M.P.

Grammy Award-winning country superstar Kelly Canter (Gwyneth Paltrow) goes out on a comeback tour after a dramatic flameout in Dallas involving alcohol and pills and a miscarriage. Complete with her hard-driving husband/manager James (Tim McGraw), her lover and rehab sponsor Beau (Garrett Hedlund) and up-and-comer with secrets Chiles (Leighton Meester), this film delivers drama with a heavy hand. It’s well acted, but the script is beyond predictable, and it’s hard to fully buy what happens backstage, before and after the singing. PG-13 (thematic elements involving alcohol abuse and sexual content). 1:51. 2 stars. — M.P.

Unexpectedly sour, “The Dilemma” barely qualifies as a comedy. Vince Vaughn and co-star Kevin James play Ronny and Nick, best pals and business partners in Chicago. Ronny is dating a chef (Jennifer Connelly). Nick, insecure and ulcer-prone, is married to live wire Geneva (Winona Ryder) whom Vaughn’s character, Ronny, once slept with in college. By accident, Ronny spies Geneva making out with an apparent paramour (Channing Tatum). What to do about it? The film has an extreme identity crisis, and it’s hard even to track the intentions of a given scene. PG-13 (mature thematic elements involving sexual content). 1:58. 2 stars. — M.P.

Britt Reid (Seth Rogen) is the playboy son of a newspaper baron (Tom Wilkinson) who dies by bee sting, leaving Britt in charge. Because he has nothing better to do, he teams up with one of his father’s employees (Jay Chou) to become the Green Hornet, aided by faithful, patronized sidekick Kato. While cleaning up the scuzzy drug trade and racking up a surprisingly violent body count, the duo do battle with the villain played by Christoph Waltz. All in all, not too successful. PG-13 (sequences of violent action, language, sensuality and drug content). 1:48. 2 stars. — M.P.

This film bashes its way through a series of adventures in scale, ego and moderate amusement, existing primarily for set pieces such as Lemuel Gulliver (Jack Black) leading the Lilliputians and their enemies, the Blefuscians, in a chorus of “War (What Is It Good For?).” The cast is enjoyable, with Jason Segel (as Gulliver’s lil’ pal, Horatio) and Emily Blunt (the local princess). Some of this is pretty funny, and some of it isn’t. I didn’t love it, but I liked it. PG (brief rude humor, mild language and action). 1:25. 2 1/2 stars. — M.P.

This remake restores all the grit removed in the first version, the 1969 John Wayne film based on the Charles Portis novel. In 1870s Arkansas and what was then known as Indian Territory, 14-year-old Mattie Ross guides an Old Testament eye-for-an-eye search for her father’s killer. Jeff Bridges plays one-eyed Civil War veteran Rooster Cogburn well, and Hailee Steinfeld is a real find as Mattie. The supporting cast and the usual Coen wit and cinematography are impressive. Coen brothers’ craft this strong should not be taken for granted or missed. PG-13 (intense sequences of western violence, disturbing images). 2:06. 3 stars. — M.P.