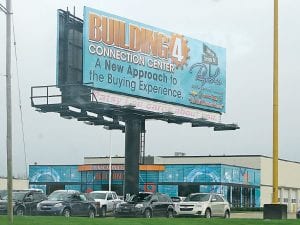 An eye-catching, avante-garde exterior of The Connection Center-Building 4 at the Patsy Lou Williamson dealership complex rounds out total facade changes in the past two years for three buildings facing Corunna Road. The makeovers began with GM-mandated upgrades of the Buick and Chevrolet dealerships in 2011 and 2012. The Connection Center was publicly unveiled last month and is the first in the nation with a digital sales concept aimed at the tech-savvy millennial generation.