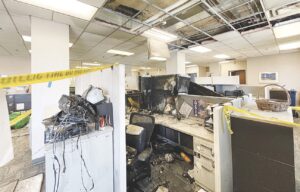 FLINT – A fire in the historical Genesee County Courthouse, 900 S. Saginaw St., on Sept. 4 left the building closed on Tuesday as repairs and cleanup were underway.

Joshua Freeman, director of administration for Genesee County, said in a statement the origins of the fire are still under investigation.

Luckily, he said, the fire was contained to the second floor Clerk’s Office Vital Records area. There is significant fire and water damage in that office as well as further water damage on the first floor from the sprinkler system, said Freeman.

The Genesee County Courthouse was set to reopen to the public. Sept. 8

The county will continue to work to relocate staff and equipment to the Genesee County Administration Building. 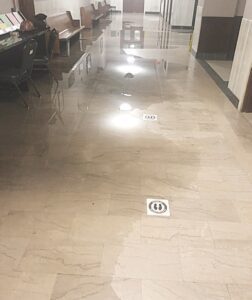 Crews from the Michigan State Police were onsite Tuesday to conduct their investigation. The origins of the fire remain unclear. — G.G.