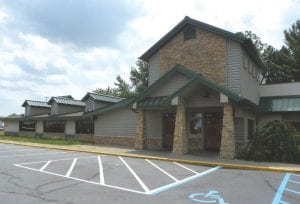 All signage has been removed and a notice is posted on the door thanking diners for years of patronage and asking them to visit a sister location, the Old Country Buffet at Courtland Center Mall in Burton.

Fire Mountain is the second Flint Township business to be closed this year by Minnesota-based Buffets Inc. which filed for Chapter 11 bankruptcy protection in mid-January. At that time, the company announced the closing of 140 underperforming stores including the Old Country Buffet at Genesee Crossings shopping center on Miller Road.

Fire Mountain was a free-standing building built in 1990, according to commercial real estate listings for the vacancy. No information is available about the number of employees who lost their jobs at the Flint Township location. Calls to a company spokesperson were not returned.

According to the company’s store locator, it still operates 10 restaurants in Michigan including a Fire Mountain in Lansing and in Westland.