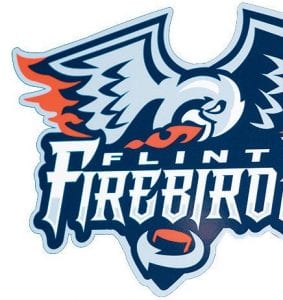 PORT HURON — The Flint Firebirds’ first pre-season concluded at Port Huron’s McMorran Arena on Sunday with a loss to West division rival Sarnia Sting, 2-1. Sarnia would be the first to light the lamp with Anthony Salinitri taking advantage of a defensive zone turnover, burying the game’s only even-strength goal.

Flint, however, tickled the twine on the power play just minutes into the second stanza as Will Bitten’s shot was tipped into the net by Jacob Collins from the left post to beat Sarnia goaltender Justin Fazlo.

Zack Bowman and Kyle Keyser shared time between the pipes as Bowman turned aside 15 shots and Keyser made 15 saves. The Firebirds were narrowly out shot in the contest, 32-30.

The regular season of the Ontario Hockey League begins this week and Flint will open its inaugural season on the road on Thursday, taking on the Saginaw Spirit at the Dow Event Center.