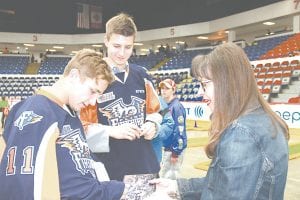 Cathy Bateson, of Grand Blanc, got a quick autograph from #11 Dennis Busby, a defenseman for the Firebirds, as fellow defenseman #3 Nikita Alexandrov looked on. 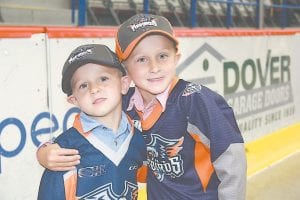 Ethan and Damon Fawcett, 3 and 6 respectively, of Swartz Creek, had a great time at the Firebirds’ Fan Fest on Wednesday, taking turns playing putt-putt golf, as well as a number of other family-friendly activities. 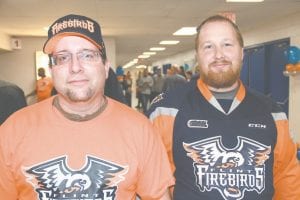 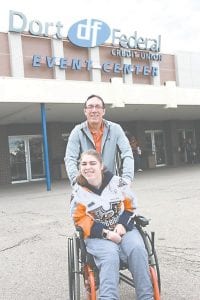 Craig and Lindsey Freund, of Flint, arrived at the Dort Federal Credit Union Event Center on Wednesday evening for the third annual Firebirds’ Fan Fest, allowing season ticket holders to pick their seats, and offering visitors food, activities, and the opportunity to meet the Firebirds. 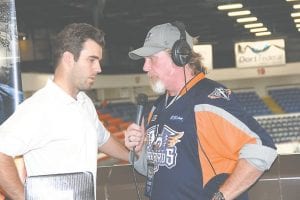