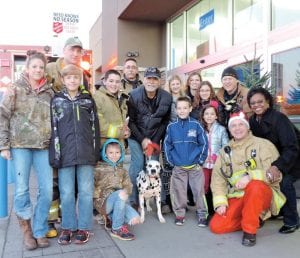 Firefighters, their families and Buddy the Dalmatian, spent 12 hours in front of the Wal- Mart store on Saturday collecting toys, clothing and money for the Salvation Army Red Kettle drive.

FLINT TWP. — With a goal to surpass $10,000 raised last year, township firefighters spent the day on December 5 in front of the Wal-Mart store on Corunna Road, collecting money toys and clothing for the Salvation Army Red Kettle drive.

Even Buddy, a Dalmatian who belongs to one of the firefighters, came out to support the cause. 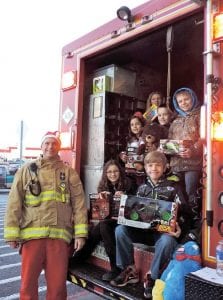