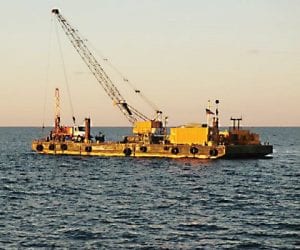 GENESEE COUNTY
— The Karegnondi Water Authority is moving ahead with plans for its first meeting later month, as the proposed pipeline idea moves forward in several counties and communities.

The water authority will discuss bylaws, possible funding mechanisms, take public comment, and possibly debate allowing St. Clair County to join the authority, following written interest by the region. A unanimous vote would have to be taken in order for St. Clair to join the authority, Wright said. Livingston County has expressed some verbal interest, Wright said, but nothing else has been made definitive at this point and time. 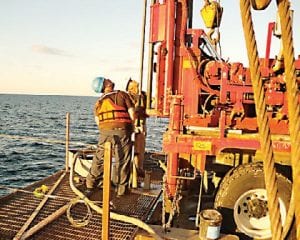 Prior to the meeting, the authority will present incorporation papers to the Secretary of State’s office in Lansing Oct. 12 to become a legal entity. The move would give the panel a right to borrow money, buy land, Wright said, but it would not give them ability to raise taxes for the pipeline.

Wright said the $605 million water pipeline project is taking steps forward “on parallel tracks”: legal and physical. The latest physical step involved $178,936 in soil testing from Sept. 7 to Sept. 15 by Professional Services Industries, Inc. and Durocher Marine in Lake Huron to test soil beneath the surface for a possible water intake. Fourteen test holes were drilled approximately 30 feet into the soil, with Wright stating “We were very pleased with the results.”

He said the tests showed a good possibility for a water intake, with “All the test holes showing what we would call a blue clay consistency.” He said the testing figures came in well below the initial bid price of $322,170, because PSI and Durocher teamed up on the project and previous overlapping samples were also viewed to cut back on costs.

The move for a separate pipeline, Wright said, continues to be water rate hikes from the City of Detroit. Wright said rates will increase an additional 15 percent this fall and winter “solely from Detroit,” with no added-on charges from local municipalities. Residents should expect 12 to 15 percent increases each year for the next five years from Detroit, Wright said, with a pipeline possibly saving local residents millions of dollars in water costs over time.

Wright said the City of Flint and Detroit had sat down in June to discuss water rates, and he hopes those discussions conclude soon as staying on the Detroit line “would be more costly than building our own system.” Wright mentioned there are still ongoing talks with Detroit about mutual aid, raw water, using part of a water intake and transmission line that would “benefit our area and benefit Detroit.”

While talks continue, Wright said the authority would set up design firms this winter for request for proposals, or quotes, with the project not set to go out for bids until late spring or early summer 2011. The goal, Wright said, is to utilize local talent from Flint, Genesee County or Lapeer for the work, because “They have the talent and expertise to do it.”

The first step in building the pipeline would involve placement of a $40 million water intake in Lake Huron within the next 36 months, with a pipeline built in 24 months and pumping stations taking another 24 months.

“Our goal, if everything works as scheduled, would be starting construction of the intake this same time next year,” Wright said.