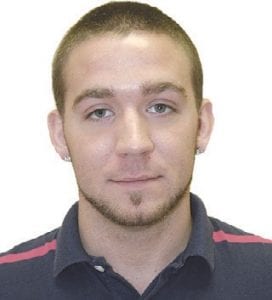 What’s better than spending a relaxing weekend with friends or family out on the lake, fishing and taking in the nice weather? How about doing all of that for free.

Every year, one of Michigan’s premiere outdoor activities includes the Free Fishing Weekend. Two days twice a year, anglers from around the state and visitors from out-of-state can fish in the waters of Michigan with all license fees waived. This includes both inland and Great Lakes’ waters for all species of fish. All fishing regulations still apply but without the fees.

The free fishing weekend has become a tradition for many around the state as vacations and family get-togethers are planned around the weekend.

Michigan offers some of the best freshwater fishing around with more than 3,000 miles of Great Lakes shoreline, over 11,037 inland lakes and 36,350 miles of rivers and streams throughout the state. Included in these numbers are 12,000 miles of trout waters, of which approximately 1,000 miles are considered Michigan’s finest blue ribbon trout mainstreams.

As fun as fishing can be, research shows that young people today do not have access to fishing that opportunities that was once enjoyed. Some reasons for this include people living in urban or suburban areas where fishing access is not as readily available, competition for time, too little time for leisure activities, and of course, the economy.

The economy reason is a big reason why the Free Fishing Weekend has become so popular. Anyone can fish without having to by a regular fishing license that costs in the $30 range that includes the basics of fishing. Additional licenses are required depending on the kind of fishing one does and those can cost anywhere from an additional $8-$28.

The Detroit Tigers are alone in first place for the first time this season, as of June 14, after the Tigers defeated the Cleveland Indians on Tuesday, 4-0. Justin Verlander once again showed his dominant stuff as he went for his third career no-hitter and second this season. Verlander had history in his grasps until Cleveland’s Orlando Cabrera hit a line-drive single to centerfield with one out in the eighth. Verlander has shown flashes of his brilliance, evidenced by his two career no-hitters and several other games like the one he had on Tuesday. The problem is, Verlander is not consistent enough. Tigers manager Jim Leyland considers Verlander his ace, an elite pitcher.

He is not alone in his assessment of Verlander though the experts fail to agree. They say he has the potential to be dominant but he lacks consistency and you cannot just look at a pitcher’s wins and losses. Statistics such as ERA (earned run average) and WHIP (walks plus hits per innings pitches) are a big indicator of how good a pitcher is. Plus, everyone always likes strikeouts, something Verlander does plenty of.

Case in point, Seattle’s Felix Hernandez won the American League Cy Young Award last season as the best pitcher in the league though he had a win-loss record of 13-12. Many pitchers, including Verlander, had more wins than Hernandez but his ERA was 2.27 and his WHIP was 1.057. He pitched 249.2 innings and struck out 232 batters.

Verlander on the other hand was 18- 9 last season but had an ERA of 3.37 and a WHIP of 1.163. He did strike out 219 batters but was surrounded by a much better offense than Hernandez has. The numbers might not seem that different but in baseball, they are.

If the Tigers are to win American League Central they will need Verlander to become that ace. He is well on his way this year but we have seen him and the Tigers struggle in the second half of seasons. As of now, Verlander is 8-3 with an ERA of 2.66 and a WHIP of 0.887. If he keeps that up, Detroit will win the division and Verlander should win his first Cy Young award.