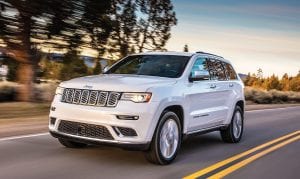 And while restraint systems are critical to the Company’s safety strategy, crash-avoidance technology is also a high priority. Available on the 2017 Jeep Grand Cherokee is an Automatic Emergency Braking (AEB) system called Full-speed Forward Collision Warning with Crash Mitigation. 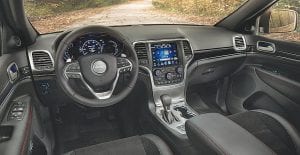 The system features sensor-fusion technology, which leverages the combined benefits of cameras and radar. The technology affords greater object-detection precision because camera and radar must agree before Full-speed Forward Collision Warning with Crash Mitigation will deploy.

If camera and radar agree that a frontal impact with another vehicle appears imminent, the system prefills the Grand Cherokee’s brakes and transmits audible and visual warnings urging the driver to react. If there is no driver response, the system triggers a brief brake application as a tactile alert. 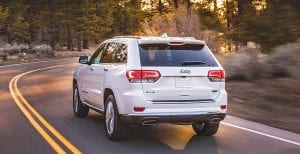 Sensor-fusion technology was once reserved for luxury-segment vehicles. Today, FCA US makes it available across six vehicle segments – from small SUV to minivan.

NHTSA acknowledges AEB as a preferred technology, though its benefits are not factored into the agency’s ratings.

This marks the fourth consecutive year the Jeep Grand Cherokee 4×4 has earned a five-star safety rating from NHTSA.