Fixing the mower is a daunting task 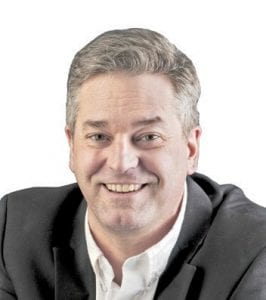 I had a rare victory in my lifelong battle with things the other day. The belt for the self-propel on the mower broke and I decided to replace it.

She’s funny, that one.

It’s true I don’t have the greatest track record with fixing things.

There was the time I was trying to install a garbage disposal and it fell on my forehead. I also forgot to knock out some plastic plug that the manual said was a “crucial” step that should never, ever be forgotten.

The plumber and the emergency home water damage response team thought that was funny.

There was the time I tried installing a floor in one of the bedrooms. That went well. Personally, I think flooring that goes all the way to the other wall is overrated.

Then there was the time I tried to install a new door at my mom’s house, or as it’s known in family lore “CussFest 2008.” Apparently I set some kind of world record for the longest string of profanity ever produced by a single human in a single setting, although I didn’t get a plaque or anything.

In my defense, no one told me that doors have to fit the space allotted for them, and if you get one that’s a fraction too big you should get a smaller one instead of taking a chisel to the door frame.

Apparently that set some kind of “bad precedent” with my mom. When I visit now and mention fixing something, she leaps from her chair and cries, “Noooo!”

But back to the mower. When the belt broke, Marcia said, “Don’t even think about it. I don’t want to be a widow at my age. Besides, I’m too old to break in your replacement.”

Have I mentioned how funny she is?

So of course I ignored her advice and went straight to the lawn equipment parts store. Parts stores and hardware stores love me for some reason.

“Gonna try it again?” said the owner. “Good for you, son. Get right back up on that horse.”

I assume he was referring to the “Incident of 2015” when I started a small brush fire in my backyard while fixing the gas-powered weed whip. The firefighters were good natured about it.

I decided to be smarter this time and watch an online video about how to replace a mower belt. “Easy-peasy,” I said after watching a guy change one in less than three minutes.

Someone should really investigate those videos. They lie. A lot.

But in the end, I did it. I fixed the mower. It took me the better part of two days and a half dozen or so trips (I lost count) to the parts store (for parts I didn’t have and to replace parts I busted) and the hardware store (for tools I don’t own to install and/or break things) but the stupid thing works.

I even showed it off to, Marcia.

“That’s great, but what’s that there?” she said pointing.

Um, that would be an extra part, dammit. andrewhellercolumn@gmail.com