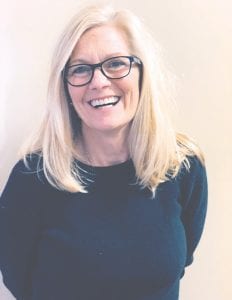 GENESEE COUNTY – For the first time in 13 years, the Flint Junior Golf Association (FJGA) will have a new director after Loyd Walter, the current director of the FJGA, would be stepping down to give himself more time in the summer months. Taking Walter’s place will be Michelle Patton, who enters her first official role within the FJGA, but has been familiar with the program for many years.

Patton, who currently serves as the program director for the Carman- Ainsworth Early Head Start program, has been involved in sports her whole life. She began her golf career as a teenager and served as a member on an all-women’s team that won the 1999 Oldsmobile Scramble National Tournament with the help of former Flint Golf Club pro, Jeff Roth. Patton has coached multiple sports in her career, including serving as a coach for the Grand Blanc girls’ golf team from 2008-2017.

Patton’s involvement with the FJGA began when her children joined the program as soon as they were age-eligible, working as a parent volunteer whenever she could. Now, in her first official role with the program, Patton says she is excited to begin working on continuing the legacy of the FJGA.

“Everyone who has been involved with the program and all of those who continue to support it bring lots of knowledge, love and passion for the game of golf,” said Patton. “The program is supported by a phenomenal group of board members who all want to give back to the game and the city that gave them exposure to golf at a young age. I am beyond honored to be given an opportunity to be a part of this exceptional program.”

Though Walter is stepping down as the director of the FJGA, he still plans to keep his site supervisor role over the program’s Jack Nicklaus Group, which contains high school-aged players in the 18-hole division. Walter also noted he will continue to coach at the high school level and he will still be involved with the Ally Challenge, a PGA Champions Tour event held at Warwick Hills Golf and Country Club.

“My hope is to be able to fill Loyd’s shoes,” said Patton. “I am grateful he will be around to help see me through this transition. He is definitely an asset to the program’s success.”

Patton noted one particular challenge for the FJGA will be combating the declining numbers of participants in the program in recent years.

“Due to the collapse of General Motors and the many people who have fled the area, the numbers are significantly lower than they have ever been,” said Patton. “We need to get people excited about the program again and try to come up with a way to increase awareness that golf is not just a country club sport available to a select few participants. It’s such an amazing sport and anyone can learn how to play.”

As far as any new changes coming to the program, Patton noted she didn’t want to make any major decisions too soon, but that there are a few ideas floating around for smaller changes that could take place in the coming years.

“I don’t want to step in right away and start making any big changes at this point, however, we have had conversations regarding the age of participants and possibly adding a younger division,” said Patton. “Details for that are still being discussed, and if we are able to get over some of the initial hurdles, I am sure we will move forward with it.”

Though the FJGA may not see any new changes this upcoming season, Patton noted the program will be active in other ventures, most notably in participating in the first annual Little Feet Meet in collaboration with Special Olympics Michigan, Early Head Start, Head Start and Great Start Readiness programs of Genesee County. The event will be held at Kettering University’s Atwood Stadium at a to-be-determined date.

“The Little Feet Meet will celebrate students’ accomplishments throughout the year, while also providing parents and family members the opportunity to learn about local resources and organizations to continue their child’s growth,” said Patton.

Patton concluded by noting how excited she is to begin working as the FJGA’s director and how she looks forward to getting more of the area’s youth involved in the sport.

“I am excited to bring new ideas about getting children and families involved in Flint Junior Golf and my hope is to increase the participation and get kids excited about the sport and of its possibilities,” said Patton. “I am a huge advocate for children getting involved with sports and I have always believed golf is a lifetime sport.”