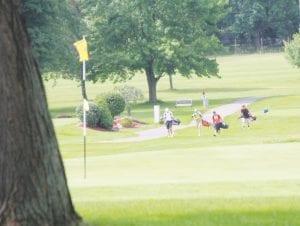 AREAWIDE – The Flint Junior Golf Association will begin its 76th season of play next Monday at golf courses around Genesee County.

The top level is the Jack Nicklaus Group of the 18-hole division, which includes many of the area’s best high school golfers. That group has swelled to 89 entries this year, helped by a large increase in girls’ golfers.

“We have twice as many girls as before,” said Nicklaus Group supervisor Bill Hense. “It seems that girls are getting more interested in golf than the boys. We’re starting to see it in our program at least.”

The 18-hole division plays seven weeks, with its season-ending tournament Aug. 3-5 at Swartz Creek and Kearsley Lake golf courses. The Nicklaus Group again will have a three-week string of major tournaments – the Mancour Cup July 29-30 at Flint Elks, the Mallon Cup Challenge July 6 at Warwick Hills and the Henrickson Award July 13 at Atlas Valley.