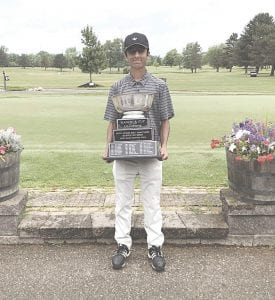 GRAND BLANC – The Flint Junior Golf Association (FJGA) handed out its final major award of the season, the Mancour Cup, for the high school-aged Jack Nicklaus group at Flint Elks Lodge #222 this week. The opening round was held Monday with play wrapping up with the second round on Tuesday. Scores for Tuesday’s final round were not available in time for press deadlines. Grand Blanc’s Ranveer Ajimal won the final Cup, but his total was not available.

The Jack Nicklaus group will compete at Spring Meadows Country Club in Linden on Monday. For full results and to see the upcoming schedule, visit www.fjga.org.