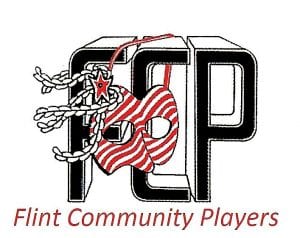 FLINT TWP.
— Back in 1929, a group of local performing got together

with the vision of presenting quality, theatrical productions to the Flint community. Eighty-two years later, Flint Community Players (FCP) announces its 82nd season with a line-up guaranteed to even the most discriminating theatergoers.

“We are one of the top 10 oldest community theaters in Michigan,” said Steven J. Mokofsky, executive artistic director. “We’ve had our finger on the pulse of the community. It’s not about producing shows. We involve ourselves in the community, with charitable events and outreach for the community.” Mokofsky said FCP puts on various programs, besides its theatrical productions, is the Readers Theatre and Vintage Fashions Shows that are put on for various organizations. Additionally, FCP supplies costumes, set pieces, props, lighting, advising and more to various community groups who want to put on their own productions.

“We deal a lot with church groups and community theatres,” Mokofsky said. “We are out there to help meet the theatrical and entertainment needs of the community.”

Mokofsky said there are two different factions within the FCP: those with active memberships and those who aid FCP through volunteer, technical and media efforts.

“We have 400-500 active, dues-paying members. With the second faction,

there are several thousand people, including staff, people who work onstage, backstage, technical workers and media who help promote and market,” he said.

The 82nd FCP season kicks off with Rumors,
running Sept. 9-11 and 17-19. Based on the book by Rachel Sheinkin, with music and lyrics by William Finn, Rumors
involves miscommunication, mayhem and complete chaos surrounding the Mayor of New York’s dinner party.

Next on the line-up is The 25th
Annual Putnam County Spelling Bee,
running Nov. 11-14 and 19-21. Written by John Ford Noonen and winner of seven Tony Awards, the musical comedy revolves around “six, neurotic, compulsive (not to mention a bit off) overachieving school children (actually played by six, neurotic, compulsive, eccentric adult actors) … (trying) to find true happiness by acting, singing and dancing their way through a spelling bee.” FCP will hold auditions for Putnam County Spelling Bee
7-10 p.m. Sept. 13-14 at the FCP Workshop and Rehearsal Hall, 2462 Ballenger Hwy. Mokofsky said he is looking for seven men and seven women, ages 18-40.

After Putnam County Spelling Bee,
FCP presents A Couple of White
Chicks Sitting Around Talking
Jan. 13-16, 2011. The comedy is written by David Botrell and Jessie Jones. Auditions for the production are 7 p.m. Nov. 15-16 at the FCP facility.

Tickets are $15 for a non-musical, $18 for a musical and are available through The Whiting Ticket Center by calling 810-237-7333 or visiting www.TheWhiting.com.
In addition to general tickets, FCP offers group rates, senior rates and student rush tickets, “which are very popular,” Mokofsky said. Student rush tickets are available one hour before each performance, and are based on ticket availability. Students receive 50 percent off the ticket price, and all tickets are picked up at the box office.