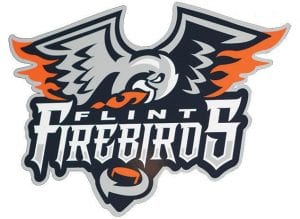 LAPEER — The Flint Firebirds announced Friday their preseason schedule for the club’s inaugural season in the Ontario Hockey League (OHL).

Fans will have their first opportunity to see the Firebirds in action at 7:30 p.m., Thursday, Sept. 3 with an intra-squad scrimmage at the Polar Palace Arena in Lapeer.

Tickets will go on sale Friday, Aug. 7 at 10 a.m. online at www.ticketmaster.com as well as at the Dort Federal Event Center and Polar Palace Arena box offices. Tickets are $10 for general admission seating and all proceeds will be split with the Lapeer County Youth Hockey Association (LCHA).

“I think anytime that you can have an intra-squad scrimmage and share it with an outlying community is fantastic,” said Firebirds General Manager, Terry Christensen. “Lapeer is an excellent location. It’s close enough to Flint where our fans that will watch us on a regular basis can make the trip and it gives us an opportunity to evaluate the players as they go out and try to perform to earn a roster spot.”

Flint’s in-state rival, the Saginaw Spirit will play host to the Firebirds when the club begins its OHL preseason slate on Friday, Sept. 4. Puck drop is scheduled for 7:11 p.m. at the Dow Event Center in Saginaw.

The Firebirds will make their first visit across the border to Canada for a Sunday evening contest against the Windsor Spitfires on Sept. 6. Game time begins at 7:05 p.m. at the WFCU Centre in Windsor, Ontario.

Flint will conclude the preseason schedule on Sunday, Sept. 20 at 5 p.m. with a neutral site game between the Firebirds and the Sarnia Sting at McMorran Place (capacity 3,400) in Port Huron. Tickets are $10 for general admission and $15 for reserved seating and will go on sale Friday, July 24 online at www.ticketmaster.com in addition to the Dort Federal Event Center and McMorran Place box offices.

“We want to make sure that the first time our fans see our players play at the Dort Federal Event Center, that it will be for a real game where it really means something and is special to our community,” said Christensen.

The Firebirds opening night in Flint is Saturday, Sept. 26 at 7:30 p.m. Tickets go on sale Friday, Aug. 7 at 10 a.m. at Ticketmaster.com and at the Dort Federal Credit Union Event Center Box Office.