Flint & Genesee was well-served by the Paycheck Protection Program, in more ways than one 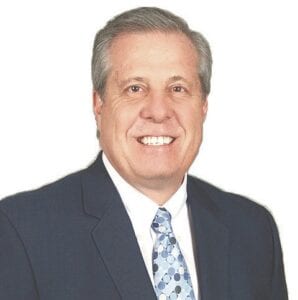 When the nation’s economy virtually ground to halt as state after state shut down to control the spread of the coronavirus, the federal Paycheck Protection Program (PPP) became a lifesaver for many businesses left in the lurch.

The program, administered by the U.S. Small Business Administration (SBA) and which ended last month, provided forgivable loans as an incentive for small businesses to keep their employees on the payroll. A portion of the PPP loans also could be used to cover certain non-payroll expenses, such as mortgage interest, rent and utilities.

But just how much did employers in Flint & Genesee – and, by extension, their employees – benefit from the PPP? As it turns out, plenty.

An analysis of the PPP data compiled by the Flint & Genesee Chamber’s research unit shows that nearly 3,900 Genesee County businesses received more than $550 million in relief funds. That enabled county businesses to retain a total 57,294 jobs – approximately 41 percent of the area’s pre-pandemic workforce.

Also noteworthy is the geographic distribution of the recipients in our area. The funds were spread over 32 zip codes in 18 municipalities in the county. Businesses with Flint, Grand Blanc and Fenton zip codes received a combined 71 percent of total funds.

In addition, jobs were retained in a multitude of industry sectors, from full-service restaurants to automotive dealerships to residential property management to health care services.

All told, it is a positive outcome for our community, even though the program was beset with some processing-related issues early on. Moreover, I am quite certain that some of these businesses would not have survived the sudden and deep economic downturn without the PPP support.

That view is echoed by Christopher Douglas, associate professor and chair of the Department of Economics at the University of Michigan-Flint. In fact, Douglas added, the benefits were felt communitywide.

“I think the benefit to the community is that the Payroll Protection Program makes it more likely that businesses will survive, so you’re not left with boarded-up storefronts, vacant downtowns, vacant strip malls and the absence of a lot of businesses that the community valued,” said Douglas, in a recent article in AND magazine, which is published bimonthly by the Flint & Genesee Chamber.

I am also pleased about the role of the Flint & Genesee Chamber in this effort. Although the chamber was not involved in administering PPP loans, our staff did a commendable job in helping to disseminate information about the program throughout the community via webinars, email blasts, one-on-one advising and other communications outreach. Additionally, our Economic Development Group assisted many local businesses in navigating the application process.

That speaks to the outstanding teamwork and responsiveness by many partners. And while we are not yet clear of the pandemic and its significant collateral damage to the economy, the kind of teamwork and commitment that characterized our mobilization behind the PPP effort is what will be needed to see us through to the end of this crisis.

Tim Herman is CEO of the Flint & Genesee Chamber of Commerce.