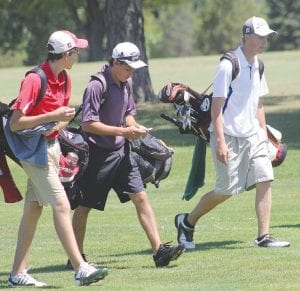 Since 1939, kids ages 8-18 have learned and enjoyed the game in the Flint Junior Golf Association.

BURTON — Kids all over Genesee County will be teeing up another season of Flint Junior Golf Association play next Monday.

Since its inception in 1939, the FJGA has provided an opportunity for young golfers to learn, play and enjoy a game they can play for a lifetime. The FJGA is recognized as the oldest and one of the largest junior golf programs in the country.

This year, more than 800 kids have signed up to play.

“That’s close to what we had last year, so we’re running right on par,” said FJGA director Loyd Walter.

A triple crown of elite tournaments will be staged once again in the Jack Nicklaus Group of the 18- hole division. The Mallon Cup will be held July 1 at Warwick Hills, the Mancour Cup will be staged July 8 at Flint Elks Club, and the Henrickson Award is on tap for July 15 at Atlas Valley.

“They have two weeks to get their feet wet, and after that, the big things start to happen,” said Walter.

For the second straight year, kids from Lapeer East, Lapeer West, Brandon and Holly high schools are eligible to play. Previously limited to kids who live or attend school in Genesee County, the program opened its doors to those schools last year because they are part of the Flint Metro League.

“We’re getting more interest from kids in Lapeer, which is good,” said Walter.