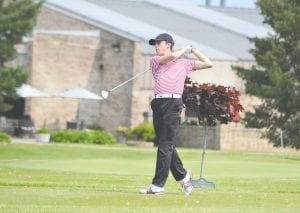 FLINT – The Flint Junior Golf Association’s (FJGA) first competition of the year kicked off last Monday, June 24, across all eight of its groups at various golf courses throughout Genesee County. Area high schoolers competing in the 18-hole Jack Nicklaus group began their season at Flint Golf Club, with both Elizabeth Gibbs of Goodrich and Grace Hoffman of Kearsley taking home top honors on the girls’ side with rounds of 84, while Grand Blanc’s Ashton Gaulin won on the boys’ side with a 79.

The Jack Nicklaus group traveled to Clio to compete for the Henrickson Award, the first major award of the FJGA season, on Monday after we went to press. For full results, visit www.fjga.org and click on the “results” tab.