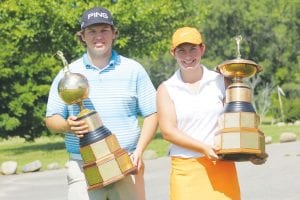 Parks swept three of the major awards on the FJGA table this summer, winning the Henrickson Award, the Steve Braun Points Cup and the 18-hole tournament. She jumped ahead early in the tournament final, shooting even-par on the front nine and taking a 4-up lead at the turn.

“I played really well on the front,” she said. “I pulled ahead in the first few holes, but Sydni kept up. She has done real well this year, so anything could have happened.” 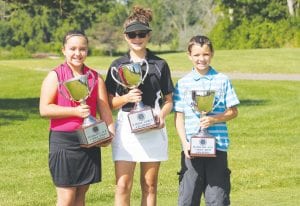 Montpas also took a 4-up lead at the turn, starting slowly but winning holes 6, 7, 8 and 9 to pull away. Winiarksi birdied No. 12 to close the gap, but Montpas wrapped it up with a par on No. 16.

Davison’s Evan VandePutte won the girls’ first flight with a 3-and- 2 triumph over Fenton’s Keegan Miller.

The other 18-hole flight finals: