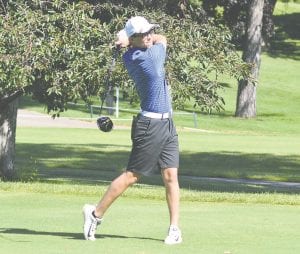 FLINT – Monday, June 24, marks the beginning of the 2019 Flint Junior Golf Association (FJGA) summer season that features youth golfers ages eight through 18 that live in or go to a school in Genesee County. Lapeer athletes have long been grandfathered into the program.

Since its inception in 1939, the Flint Junior Golf Association has seen a steady corps. of youth golfers return each year, with a current membership of 750 junior golfers from Genesee County. The purpose of the FJGA, as outlined on its website, “is to provide positive life experiences for junior golfers through competitive golf, while setting high standards to preserve the integrity and traditions of the game.”

After Monday’s opening tournament, the Nicklaus Group will shift its focus toward its first major award of the season, the Henrickson Award, at Clio on July 1. The week after, on July 8, the group will travel to Warwick Hills to compete for the Mallon Cup, its second major award of the season. On July 15, the two-day Mancour Cup tournament will be held at the Flint Elks for the third major of the season. The group then heads to Spring Meadows on July 22 and Davison Country Club on July 29 before finishing out the season with a three-day tournament at Swartz Creek beginning on August 5.