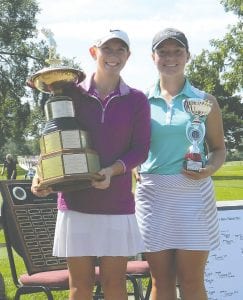 SWARTZ CREEK – Flint Junior golfers in the 18-hole division’s Jack Nicklaus and Arnold Palmer groups finished out their season earlier this week with a final match play tournament at Swartz Creek Golf Course. The tournament ran from Monday through Wednesday and saw both Kerri Parks and Trent Barth take home the victories in their respective tournaments. 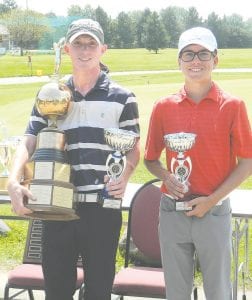 Goodrich Junior Trent Barth poses with his trophy after winning the final tournament of the season against Grand Blanc’s Nick Bruett.