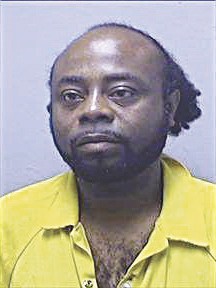 FLINT TWP. — A Flint man has been convicted and sentenced for the 2018 robbery and rape of an 88-year-old Flint Township woman.

David Latreal Griffin, 42, was sentenced on Aug. 18 to a minimum of 20 years and a maximum of 50 years in prison on 35 charges, including kidnapping, first-degree criminal sexual conduct, home invasion, possession of felony firearms, armed robbery and carjacking. He pled no-contest to the charges at a pre-trial hearing on July 16.

Griffin’s sentence stems from an incident on Oct. 25, 2018, when he was accused of breaking into the home of an elderly Flint Township resident and kidnapping her at gunpoint. Investigators said that Griffin entered the victim’s home near Corunna Road and Graham Road and stole a gun belonging to her late husband, then forced the woman into her car and demanded that she drive him to several locations to obtain cash and a television set.

After forcing the woman to write several checks in his own name, Griffin took the victim back to her home, sexually assaulted her and stole her vehicle.

Griffin was apprehended the next day following a brief pursuit by Flint Township police with assistance from City of Flint police, Michigan State Police and the Genesee Auto Theft Investigation Network (GAIN).

In addition to his jail sentence, Griffin has also been ordered to pay more than $5,000 in restitution and state minimum costs combined. He will receive credit for 662 days of time served on felony firearms charges.

As part of his sentencing, Griffin will also have to register as a sex offender.