FLINT TWP. — Since the early 2000s, the Flint Township Police Department has invited the public to join it every August for National Night Out.

Last Wednesday, hundreds of residents flocked to the FTPD post on 5200 Norko Dr. in Flint to mingle with law enforcement and partake in this year’s festivities, which included police dog demonstrations, a dunk tank and bounce houses for the kids.

Flint Township Police Chief Kevin Salter said that the event has grown considerably over the years, thanks to partnerships with the community, local businesses and multiple police departments around the region. 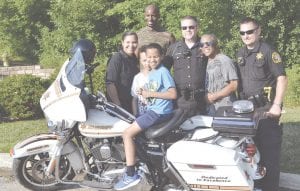 “The great thing about National Night Out is just getting everybody together in the community,” he said. “It helps the public to see us in a positive light.”

For the past 35 years, National Night Out has been an annual community building campaign that fosters relationships between police and citizens across the United States and Canada. National Night Out also helps to draw awareness to crime and drug prevention initiatives.

Traditionally, most police departments have observed National Night Out on the first Tuesday of August. FTPD held its celebration on Wednesday because of this year’s primary election. 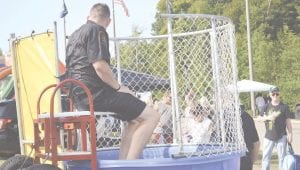