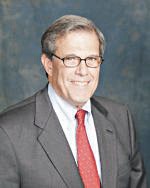 FLINT TWP. — Longtime Trustee Frank Kasle has been honored for his service to the Flint Township community.

Kasle, who was elected to the Flint Township Board of Trustees in 2007, attended his final township board meeting on Monday. In recognition of Kasle’s tenure, the Board of Trustees presented him with an honorary proclamation and a commemorative clock.

“I want to thank the voters of Flint Township for their support over the last 13 years, and I want to wish everyone this board well as you continue to serve Flint Township,” Kasle said upon accepting the recognition. “It’s been an honor to serve on this board.”

In turn, several township board members commended Kasle for his supportiveness and leadership as a township trustee.

“Frank showed professionalism and always greeted (township) employees with a smile and kind words,” said Flint Township Supervisor Karyn Miller. “And as a 43-year resident, he always brought a wealth of information regarding the community.”

Kasle, a retired lawyer and certified public accountant, also received praise from Genesee County Prosecutor David Leyton, who was Kasle’s law firm partner from 1986 to 2005. Leyton attested to Kasle’s accomplishments as a lawyer and a CPA in the Flint area and lauded Kasle for his commitment to the Flint Township Board of Trustees.

“He served the township with honor, with integrity and with dignity, and he was always prepared for the meetings,” Leyton said. “When we would visit one another, I often saw his (township board meeting) agenda for the coming week. It was always riddled with notes and questions that he wanted to bring up at the next meeting.”

Kasle, a resident of Flint Township since 1977, has been married to wife Judy since 1963 and has two children who are both graduates of Carman- Ainsworth High School. He is also a veteran of the United States Army reserves.