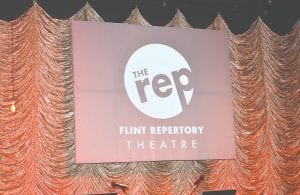 The FYT Season Announcement Party presented plenty of excitement for guests, including cocktails, entertainment and previews of upcoming plays and productions. Photos by Ben Gagnon

FLINT — After more than 60 years of presenting youth-centered theatrical productions, the Flint Youth Theatre has transitioned to a new name and mission.

FYT is now known as the Flint Repertory Theatre, or “The Rep” for short. As of this month, it has transformed into a professional non-profit regional theatre.

Details for the transition were revealed last Wednesday night during the FYT’s Season Announcement Party at the Elgood Theatre in Flint.

“We are extremely proud of the work we’ve done over the past six decades with the support of our generous donors and the Flint Institute of Music, of which we are a part,” said Michael Lluberes, Producing Artistic Director for the Flint Repertory Theatre. “We are now in a position to expand and serve more people in our community and in southeastern Michigan.”

One major change coming to the Rep is the expansion of programming for adult audiences. Starting this upcoming 2018/2019 season, the theatre will display a new “Signature Series” of diverse plays and musicals, ranging from world premiere productions to new interpretations of theatrical classics. 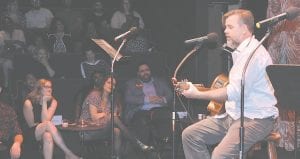 The Rep will also offer opportunities for professional theatre artists to hone their craft. Playwrights, composers and directors can workshop new plays and musicals in the newly created Flint Rep Lab, which will offer studio space and resources.

In addition, the Rep’s expanded alliance with the University of Michigan-Flint will provide theatre students with an array of apprenticeship opportunities.

Meanwhile, the FYT itself has been placed under the Rep’s Education Department banner, where it will continue to present student driven productions. Year-round education classes, camps and workshops for every grade level will remain a part of the Rep’s offerings.

After a successful inaugural launch last year, the Rep’s New Works Festival will also be returning, Jan. 18-20. The three-day event is comprised of staged readings and workshops of world premiere productions, giving playwrights the chance to interact with audiences through lively discussions. 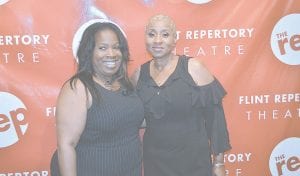 “We have an exciting new commitment to provide highly imaginative, thought-provoking theatre that is challenging, entertaining and inspiring for all ages.” Lluberes said. “We look forward to our future and to enriching the lives of those who share our passion for the performing arts.”

Altogether, the Rep’s facilities include the Bower, a 300-seat proscenium theatre; the Elgood, a 150-seat thrust theatre; scenic and costume shops; and two rehearsal spaces. 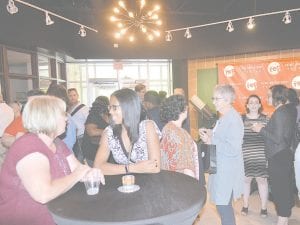