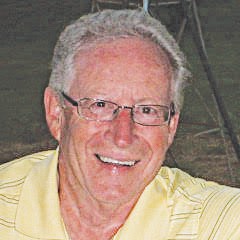 Florence will fill the vacancy created by the unexpected death of Councilman Jentery Farmer on April 24. He will take a seat at the council table May 24.

Florence was named the 2019 Miller’s Settlement Citizen of the Year in July. He previously served on the city’s Parks and Recreation Advisory Board and Planning Commission, and has been active with the Kiwanis Club, Swartz Creek Area Senior Citizen Center, United Methodist Church of Swartz Creek and Springbrook Homeowners Association.

Florence was appointed to represent the 4th district in March 2016 following the sudden death of Councilman Mike Shumaker.

He subsequently ran for and won the seat in November 2016. Shumaker’s son, Steve Shumaker, also ran for the post that year.

Florence opted not to seek re-election in 2018. Both Farmer and Steve Shumaker, who died in August, ran for the open seat that year.