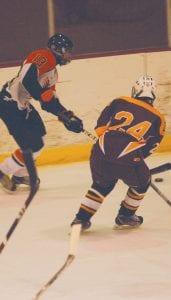 FLINT TOWNSHIP— The co-op hockey team of Carman-Ainsworth and Flushing opened the season on Saturday with a dominant 9-2 win over Goodrich at Iceland Arenas.

Nick Brazeal scored the first goal for the Raiders, with assists going to Dan Olsen and Gavin Williams. Jordy Makranyi lit the lamp as well, as he was assisted by Brazeal and Mickey Montpas. Makranyi found the back of the net again in the second period, as Andrew Sanborn assisted Makranyi for his second tally of the game.

Williams and Matt Nagy found Dan Olsen, who rippled the mesh, followed by Makranyi securing a hat trick with an assist credited to Michael Livingston. Nick Yencer and Hunter Miller connected with Dewey Miller who put it past the goal line to continue the Raiders dominance. Makranyi would cap off the second period with his fourth goal of the game thanks to a Montpas assist.

Brazeal assisted on a Jeff Fisher goal in the third period, while Sanborn scored the final Raiders’ goal of the game, with an assist going to Garrett Schafsnitz. Makranyi led the team with four goals, while Brazeal recorded a goal and two assists. Casey Bradshaw earned the win between the pipes. 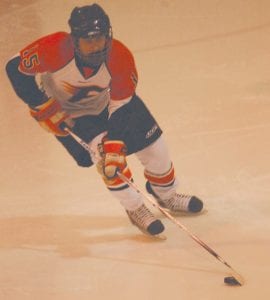 “It was a great way for the boys to start the year,” said coach Jon Jepson. “Getting an offensive outburst like that is always nice, especially seeing six different kids scoring. Defensively, we still need to tighten up. We ran around a lot in the defensive zone, but for the first game of the season, I was very happy with the effort and the way the team played.”