FLUSHING — In 1955, Flushing native Theo Everett graduated from nursing school and began a long career as a pediatric nurse in the Flint area.

In the decades since then, Everett has seen her passion for nursing carried down through four generations in her family, including her daughter Teresa McComb—a retired pediatric nurse; granddaughter Melissa Sparks, who started her nursing career at Ascension Genesys Hospital; and great-granddaughter Isabelle Sparks, a 2021 Flushing High School graduate who will be pursuing her nursing degree starting this year.

Everett, who worked in pediatrics from 1955 to 1979 at Flint Osteopathic Hospital, said that she’s pleased to see so many members of her family take up the nursing mantle.

“Four generations of nurses, all living in Flushing…it’s so rewarding,” she said. “It makes me feel so proud that I’ve been able to pass that down through the generations.”

Additionally, Everett has two other granddaughters who answered the nursing call: Jennifer Everett, a nurse practitioner, and Laura Prevost, an outpatient nurse. 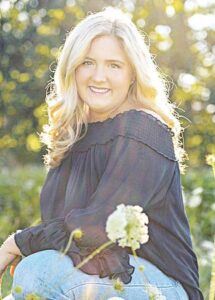 Everett, 86, grew up on a farm with 11 siblings in Elk Rapids outside Traverse City and became the only member of her family to graduate from college. She received her nursing degree from Flint Junior College and her training through Hurley Hospital before joining Flint Osteopathic Hospital (FOH) in 1955.

After retiring from FOH in 1979, Everett returned to work a few years later at a doctor’s office in Flint. She then rounded out her career as a nurse at a senior living facility before officially retiring for good at the age of 79.

Even in retirement, Everett said that she’s still in high demand for medical advice among her family and friends.

“I’ve been fortunate because I’ve been able to take care of so many people in my family when they have some kind of an illness and need a nurse,” she said. “Once a nurse, always a nurse. It’s ongoing.”

Everett’s daughter Teresa McComb became the first to follow in her mother’s footsteps when she graduated from Mott Community College’s School of Nursing in 1979. McComb, 64, started in the pediatric and women’s health units at FOH, taking first shift while her mother worked second shift at the hospital.

“Listening to my mom’s stories and seeing the passion she had for nursing inspired me to get into the field,” McComb said. “Helping others…became my passion.”

When FOH was consolidated, McComb transitioned to Genesys Regional Medical Center (which is now Ascension Genesys Hospital), where she worked until her retirement in 2020.

McCombs’ daughter Melissa Sparks, who now presides over regulatory compliance and accreditation for Ascension Genesys, started as a bedside nurse in the cardiac unit at the hospital in 2005. In addition to her training as a nurse, Sparks completed a master’s degree, which enabled her to pursue office leadership positions in the medical field.

Sparks, 43, said that her mother and grandmother played a huge role in influencing her own career path.

“I felt that they were superheroes,” she said. “I loved watching them as they cared for patients, and there wasn’t a question they couldn’t answer.”

Melissa’s daughter Isabelle Sparks, who will be attending Sienna Heights University this fall on a golf scholarship, also gained inspiration from her family to pursue a career in nursing. As a high schooler, Isabelle completed a Medical Foundation for Nursing course at Genesee Career Institute (GCI) and did her senior exit presentation on her family’s nursing background.

“Being the fourth in a generation to go into nursing…is a really cool talking point,” she said. “It’s really cool just to have your family behind you, supporting you and sharing their experiences and stories.”

Sparks, 18, said that her dream job is to become a nurse anesthetist in an ICU unit. She’ll start with her nursing courses in her sophomore year at Sienna Heights after taking pre-requisite courses this year.