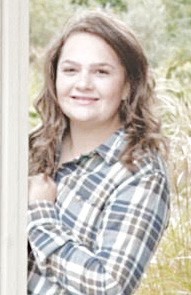 FLUSHING — Flushing High School senior Megan Kassuba has been named the Rotary Club of Flushing’s Student of the Month for March.

Kassuba, a member of the Flushing High School Rotary Interact Club, is carrying a 3.711 GPA and will be graduating with high honors this spring. After graduation, she plans to attend Central Michigan University to study environmental science or biology to become a park ranger.

Kassuba has been a member of the FHS Rotary Interact Club for three years and participated with the Varsity Club and the National Honors Society. She was also a member of the Blueberry Ambassadors for four years. Megan’s brother Zach received Rotary Student of the Month honors in 2019 and her younger sister Grace, who’s in 10th grade at FHS, is currently an FHS Interact member.

While a student at FHS, Kassuba played golf and soccer and was the team captain for the FHS varsity ski team. As a skier, Kassuba was 1st Team All-District in Slalom this year and finished 13th at Regionals, playing a big role in helping her team qualify for the MHSAA State Finals. She also played varsity golf for three years and was the captain of her team.

From a young age, Kassuba has been involved with volunteerism. She began volunteering at the Flushing Candlewalk in fifth grade and has been helping ever since with the festival. Her other volunteer opportunities include: the North Soup Kitchen, Blueberry Ambassadors, the Flint River Clean-up with the Lions Club and the Girl Scouts of America.

In her spare time, Kassuba enjoys hiking, taking pictures and Girl Scout activities. One of her biggest recreational goals is to travel to all 423 national parks in the United States.

Kassuba’s favorite memory as an FHS student was skiing at the State Finals this year at Nubs Nob in northern Michigan. Her favorite teacher was Brandi McMunigal, whom Kassuba described as a very relatable and helpful English instructor.