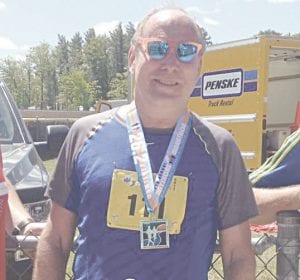 FLUSHING — Flushing resident Mark Bauman has made his mark in the national marathon record books. Last Monday, he became just the second runner in Boston Marathon history to finish the race for at least 50 consecutive years.

Bauman, 69, has qualified and raced in the Boston Marathon every year since 1970. This year, he finished the race at around six hours and 31 minutes. His personal best time was two hours and 30 minutes in 1975.

“The Boston Marathon is my favorite, along with the Crim Festival of Races in Flint,” he said. “As long as I am able, I will keep running it.”

Bauman has been a longtime fixture on the local running scene. He’s owned and operated Bauman’s Running and Walking Shop in Flint since the 1970s and has participated in dozens of local races over the years. — B.G.