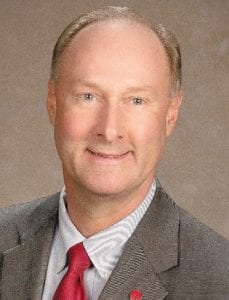 FLINT — Citizens Bank Wealth Management announced Brad Fogleman has been named Senior Vice President and Business Development Manager for the wealth management division. In this position he will be responsible for driving the division’s sales initiatives and growth strategy.

He will also lead a team of business development officers located throughout the company’s market area.

Ken Duetsch, Executive Vice President and Director of Citizens Bank Wealth Management, said, “I am very pleased to have someone with Brad’s skill and experience in this important position. Brad will apply his business insight to help strengthen our position as an established and first-class wealth management services provider.”

Prior to rejoining Citizens, Fogleman was President of Trade Winds Financial, LLC, which provides business and financial management consulting services for consumers and businesses.

Fogleman has been actively involved with many Michigan cultural and charitable organizations including Flint Institute of Music as the Immediate Past Chairman, Board of Trustees Member and Chairman and Board Development Committee. He also serves on the Flint Cultural Center Corporation Board of Directors. Fogleman has served on numerous boards and chaired several committees for organizations including Boys and Girls Club of Greater Flint; Salvation Army, Royal Oak; South Oakland YMCA; Jackson YMCA; Jackson Symphony Orchestra; Jackson Affordable Housing and many more. — G.G.