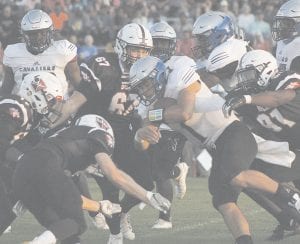 Friday’s victory was the first time since Week One that the Cavaliers’ offense managed to put points on the scoreboard. Stats for the win were unavailable, as Carman-Ainsworth’s stat recorder was out of the country during the contest.

Carman-Ainsworth, 1-2 in the Saginaw Valley League-Red and 1-4 overall, is at Traverse City West tomorrowfora7p.m.kickoffatThirlbyFieldin Traverse City.